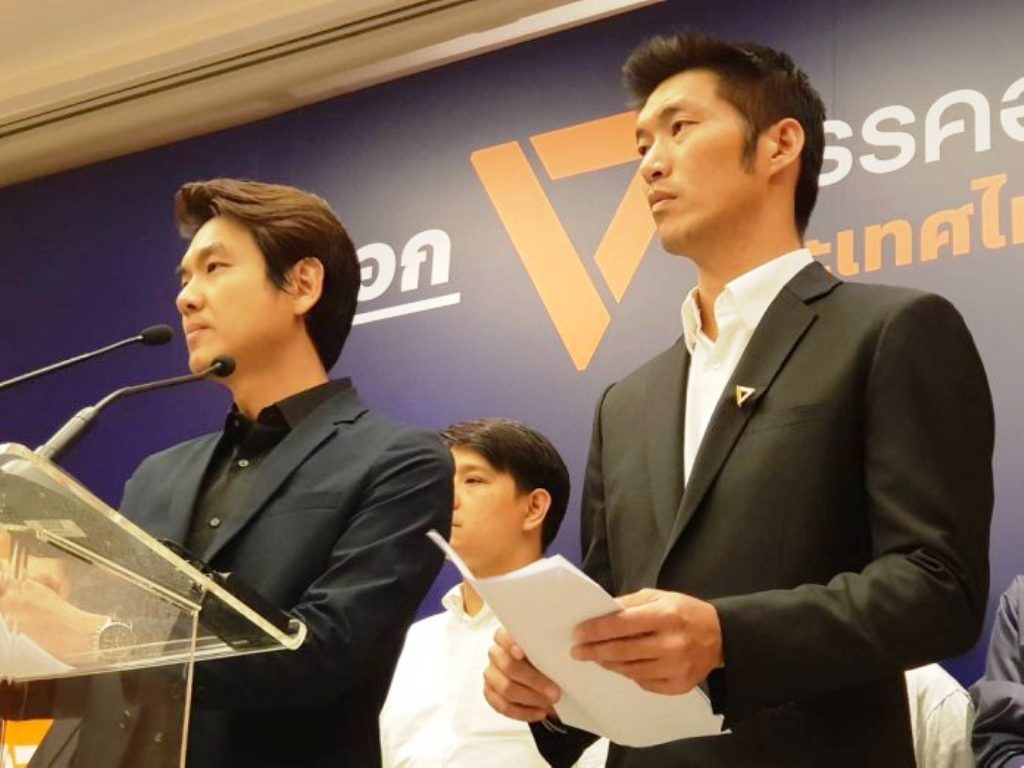 Core members and MPs of the Future Forward party will gather today at the party’s headquarters to monitor the Constitutional Court’s reading of the verdict on the party and its executive.

She said that disbanding a party in a real democracy is not normal and should not happen. Just because the party might have displeased some people is not a good enough reason, she said.

Disbanding a party amounts to destroying the political aspirations of the people. The dissolution will also turn people against the existing political system, Ms. Pannika told Thai PBS.

Meanwhile, preparations were made yesterday at the Constitutional Court to cope with the large amount of Thai and foreign media and public who are expected to show up.

Iron barricades have been erected in the common area of the government complex. Above all to prevent unauthorized people getting into the court compound ahead of the reading. A huge screen and loud speakers have also been installed in front of the court. Above all for members of the media and public to watch.

The judgement on the party, its leader Thanathorn Juangroongruangkit; Secretary-general Piyabutr Saengkanokkul and its executive committee is later due today.

The court is due to decide whether to disband the party, and banish Thanathorn, Piyabutr and executive from politics. All for allegedly exercising their rights and liberties in an attempt to overthrow democratic rule.

Today’s ruling involves allegations made by Natthaporn Toprayoon. A lawyer and former adviser to the chief ombudsman, who sought the FFP’s dissolution last year. For allegedly violating Section 49 of the constitution which prohibits actions that undermine the monarchy.

Another allegation made by Mr Natthaporn concerned the Future Forward party logo. He said if reversed, it bears a close resemblance to the sign of Illuminati society. Which has allegedly made efforts to overthrow European monarchies in the past.

The court rejected the Future Forward party request for a full inquiry into the case. Saying there was sufficient evidence to rule without holding an inquiry. Under Section 58(1) of the court’s Procedure Act.

Jade Donavanik, former adviser of the Constitution Drafting Committee, said on Monday: “There is only a slim chance the party will be dissolved. Because the charter does not allow for the disbanding of a political party based on the acts of individuals.