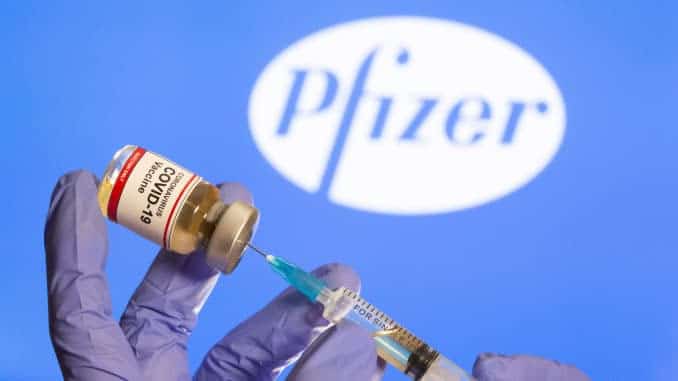 As the coronavirus pandemic in Thailand continues to worsen due to the delta variant of Covid-19 doctors are calling for the Pfizer vaccine over the Thai governments use of Sinovac from China and AstraZeneca. Both vaccines are a a viral vector-based vaccine where as Pfizer is mRNA technology and is highly affective against the delta variant.

For the past five years, Wipa, a doctor in her 20s, has had to adjust to a gruelling shift pattern of 36 hours on, eight hours off, for three to five days a week.

The long hours are necessary as she oversees the inpatient wards, outpatient services and emergency room operations of a busy public hospital in Pathum Thani province, on the edge of Bangkok, Thailand.

But in recent weeks, the shifts have felt even longer and heavier than usual. The hospital has only 20 doctors, who between them treat up to 700 patients on a daily basis. Of those, the number requiring treatment for Covid-19 is rising fast as a third wave of infections, which began in April, continues to rip through the country.

The latest wave has infected more than 324,000 Thais and accounts for the vast majority of the country’s 353,712 total cases. On Tuesday alone there were 8,685 new infections. Fuelling the numbers is a surge in cases of the Delta variant, which is thought to be both more transmissible and more resistant to vaccines.

“Our focus is now on the Covid-19 patients who take most of the doctors’ time. We will run out of a few things soon: oxygen, medicines and negative pressure rooms,” said Wipa.

Like other frontline medical workers, Wipa has grown used to battling the pandemic with limited resources and does not begrudge the long hours she is putting in.

What has angered her, however, is the news that she and her fellow frontline medical workers will not be considered a priority group to receive the Pfizer vaccine when the United States donates 1.5 million doses later this month and a further 20 million ordered by the government for the fourth quarter.

Earlier this month a leaked memo, the contents of which have since been confirmed by Health Minister Anutin Charnvirakul, revealed that a panel of medical experts had cautioned against giving the US-manufactured jab to frontline doctors on the grounds that doing so would undermine the public’s confidence in the Chinese-made Sinovac vaccine.

The Sinovac jab has until now been used for the majority of the country’s inoculations but recent reports have questioned its efficacy against the Delta variant, leading to public scepticism.

“If we give [Pfizer jabs] to the [frontline medical workers] it would mean we accept that Sinovac cannot prevent [the Delta variant], which would make it harder for us to find excuses for ourselves,” the memo read.

Wipa said the memo had left her “very saddened and disappointed”.

“I know there were many senior medical professors in the meeting. They owe doctors like me an answer,” she said.

Wipa belongs to the group Mor Mai Ton (“Fed-up Doctors’), which petitioned in April for the Health Minister Anutin to resign, and is now demanding Thailand switch to using vaccines that, like Pfizer’s, use mRNA technology. (Sinovac uses an inactivated form of the Covid-19 virus, while AstraZeneca is considered a viral vector-based vaccine).

Wipa, like many of her colleagues, has already received two shots of the Sinovac vaccine; inoculations of the elderly and health care workers began in February.

But she had been hoping to get a booster shot of the Pfizer vaccine after hearing reports of rising coronavirus infections among health workers who like her had already received two shots of Sinovac.

On Sunday, a report quoting health ministry data from April to July said that 618 medical personnel, out of 677,348 who had received two doses of Sinovac, became infected including a nurse who died and another medical worker who is in a critical condition.

The following day, though it did not reference the report, the health ministry said it was now advising that the Sinovac vaccine should be used only as a first dose and that the locally made AstraZeneca shot be administered as the second.

That advice came despite no major studies having been made into the efficacy of a combined Sinovac-AstraZeneca regimen, leading some observers to paint the measure as one born out of waning confidence in Sinovac – and increasing desperation at how the Delta variant has turned on its head a health system that as recently as 2019 was ranked among the world’s best by the US magazine CEOWorld.

With the government having ordered a two-week lockdown in several provinces including Bangkok from July 12 public morale has been made worse by a steady stream of distressing news. In recent weeks local media has run images of people queuing overnight in the rain just to get a Covid-19 swab test and reported that scores of people are dying before they can get treatment. Temples around Bangkok have reported their crematoria being overwhelmed to the point of collapse.

Lack of data on Sinovac

Increasing public scepticism over the Sinovac jab has been fuelled not only by the infections in vaccinated health workers in Thailand, but similar reports in Indonesia, which has also relied largely on Sinovac and is battling its worst surge of cases yet.

An independent group in Indonesia tracking virus data discovered that more than 130 health care workers had died of Covid-19 since June. While the group did not have a breakdown of how many had been fully vaccinated, around 95 per cent of the country’s health care workers have been inoculated, according to the Indonesian Hospitals Association.

Complicating the picture is a lack of data on how Sinovac – the world’s most widely used coronavirus vaccine – stands up to the Delta variant.

Research released in June by Public Health England, based on analysis of 14,019 cases of the Delta variant in Britain, found the Pfizer and AstraZeneca vaccines were 96 per cent and 92 per cent effective, respectively, against hospitalisation after two doses.

Feng Zijian, deputy director of the Chinese Centre for Disease Control and Prevention, told Chinese state media last month that antibodies triggered by “two” Chinese-made Covid-19 vaccines were less robust against the Delta variant compared with other strains but the shots still offered protection. He did not specify the two vaccines.

Some doctors have defended Thailand’s move to mix and match vaccines as a necessary measure amid a shortage of vaccines. The country has set a target of vaccinating 50 million of its 69 million population by the end of the year. So far, about 12.9 million have been inoculated, with its programme having been hampered by delayed deliveries of the AstraZeneca vaccine.

AstraZeneca had been expected to deliver around 10 million doses each month from June onwards, but has fallen behind. Nakorn Premsri, head of the National Vaccine Institute, has said the target was missed because of AstraZeneca’s export deals with other countries.

AstraZeneca had originally been pitched as the workhorse for Thailand’s inoculation programme but due to its problems Sinovac instead has provided the bulk of the country’s shots, with 10.5 million doses imported as of June 23. On July 6, the government approved a budget of 6 billion baht (S$249 million) to procure a further 10.9 million Sinovac doses.

Despite the supply issues, some doctors have criticised the government’s reliance on Sinovac.

Santi Kijwattanapaibul, a doctor and a member of the Public Health Association of Thailand, said the government had been “stubborn” in continuing to import the Sinovac vaccine despite “unclear scientific data”.

Sinovac had “failed to gain the confidence of the people because of its lower efficacy” Santi said, adding that “infections among doctors could have been easily preventable but the government let it happen”.

Santi said the decision to mix and match Sinovac and AstraZeneca shots was not “a straightforward act by the government” and that the lack of transparency would only fuel the public’s mistrust.

“When the lesser efficacy of a vaccine is defended instead of the Pfizer vaccine by further supporting its use it is not just a scientific issue, but an ethical one,” Santi said.

It is not only Sinovac that is struggling with public mistrust. The delivery problems of AstraZeneca mean it too has come in for heavy criticism, while the government has come under fire for the sort of excessive bureaucracy some blame for its failure to join the World Health Organization-backed vaccine-sharing initiative Covax Facility.

Government bureaucracy is also being blamed for the equipment and supply shortages affecting hospitals such as the one Wipa works at in Pathum Thani.

The health ministry has responded in recent days by loosening regulations on the use of antigen test kits, with Nimit Tienupdom, a board member of the National Health Security Office, vowing the kits would be made free and available to all.

But doctors like Santi and Wipa remain unimpressed, saying the government has done too little too late. They said cases had risen to the point where it had become challenging to separate patients from their home or community as a means to control further infections.

Santi said the two-week lockdown was too short and that at least two months of containment would be needed to have an impact. “Covid-19 started last year, but no contingency was put in place in terms of medical devices or anything,” he added.

Wipa, who is a member of Mor Mai Ton, warned that the actual infection rates could be two or three times higher than the current ineffective testing regime suggested and that shortages of oxygen and medicine would begin to bite by the end of July.

“We have to shout and be loud about what is best for our society,” Wipa said. “But I run out of things to say because so far I don’t see how Thailand will get out of this pandemic. I don’t know if those high up see the same things I see.”