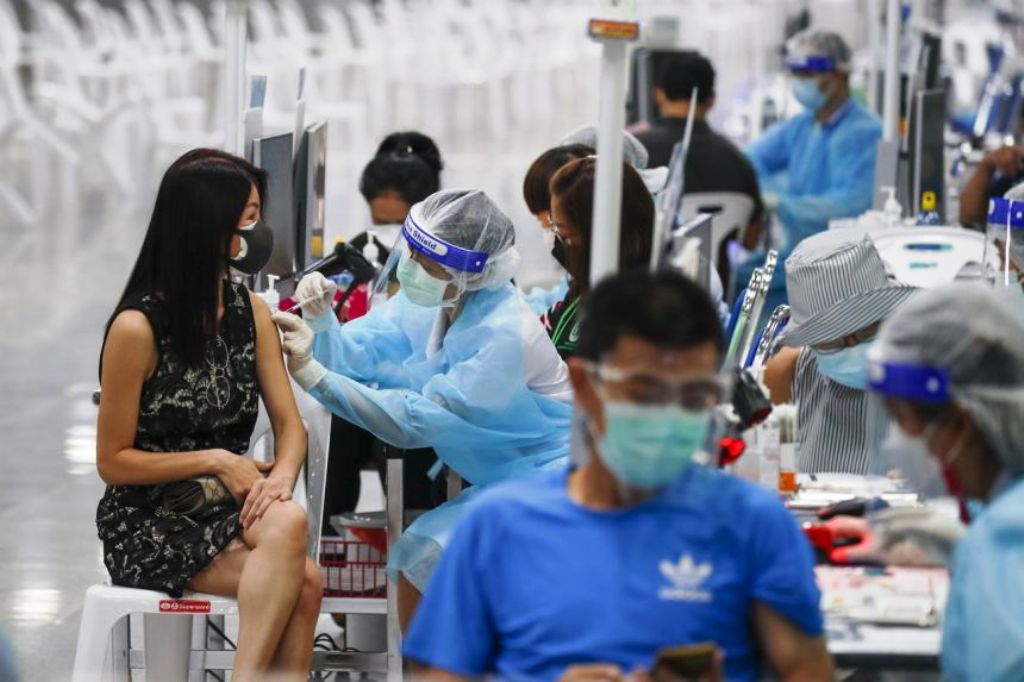 Thailand’s Health Department reports that more than 600 medical workers who received two doses of China’s Sinovac vaccine have been infected with Covid-19. The health department is now weigh giving booster doses of the Pfizer vaccine to raise immunity.

Of the 677,348 medical personnel who received two doses of Sinovac, 618 — less than 1% — became infected, ministry data from April 1 to July 10 showed. A nurse has died and another medical worker is in critical condition.

An expert panel has recommended a third dose to trigger immunity for medical workers who are at risk, Sopon Iamsirithaworn, the Department of Disease Control deputy director-general, told a news briefing on Sunday.

“This will be a different vaccine, either viral vector AstraZeneca or an mRNA vaccine, which Thailand will be receiving in the near term,” Dr Sopon said, adding that the recommendation will be considered on Monday.

The announcement comes as the country has reported a total of 336,371 confirmed infections and 2,711 fatalities since the pandemic began last year. The majority of medical and frontline workers were given Sinovac’s shots beginning in February, with the viral vector vaccine from AstraZeneca arriving in June.

Thailand is expecting a donation of 1.5 million Pfizer-BioNTech vaccines from the United States later this month and has ordered 20 million doses that will be delivered after October.

Neighboring Indonesia, which has also heavily relied on Sinovac, said on Friday it would give the Moderna vaccine as boosters to medical workers.

Thai Government Under Pressure to Offer Pfizer and Moderna Free

As covid-19 continues to surge in Thailand Thai people are demanding Pfizer and Moderna vaccines to combat the delta variant of the coronavirus. Presently the Thai government has only been offering AstraZeneca and Sinovac under their free vaccination program.

A vaccine many Thai people are extremely weary of calling it the Shenzhen Vaccine. Many Thai are reluctant to take Sinovac after reports or partial paralysis and deaths.