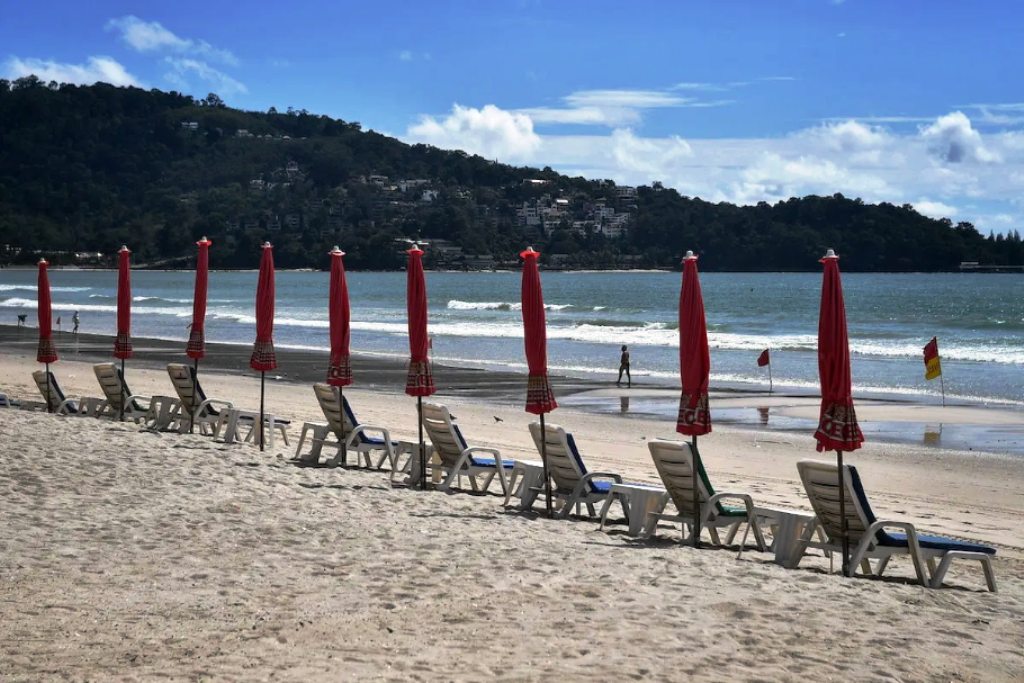 Thailand’s government continues to promise to reopen Phuket to foreign tourists but once again has failed to deliver on its promise. In Phuket waitresses sit playing on their phones in empty bars lining deserted streets. With little help from the government Phuket continues to reel from the covid-19 border closure with little sign of any recovery.

Today, nearly all of Phuket’s 3,000 hotels are closed. The main  tourist town of Patong has become a “ghost town.”

Thailand has so far remained relatively unscathed from the global outbreak with around 3,600 confirmed cases and only 59 deaths.

But Prime Minister Prayut Chan-o-cha’s decision to concentrate on beating covid-19 has decimated the tourism industry and the economy. Thailand’s economy is expected to contract 7-9% this year and leave millions of citizens unemployed and facing bankruptcy.

In normal times, 80% of the island’s profits come from tourism, a sector that employs more than 300,000 people. Tens of thousands of those who have lost their jobs have returned to their home provinces.

Life is hard for those sticking it out. Some have accepted huge pay cuts, while others have little choice but to join the long lines at the food distribution centers. Struggling to scrape together money where they can.

Phuket has been due to welcome Thailand’s foreign tourists since April but the government has failed to follow through on reopening.  Gen Prayut’s government keeps being pushed back reopening dates.

Even more the governments mandatory 14 quarantine comes at a high price tag. Costing tens of thousands of baht per person. Gen Prayut’s government’s latest scheme the long stay visa program was allegedly suppose to start on October 1st, however Reuters reports its been delayed due to administration issue?

There has been confusion with a number of reports over the past week about when foreign tourist will arrive.

It seems like Thai authorities are not on the same page. Even the Phuket Governor Narong Woonciew said in a previous report that he wasn’t even formally told about arrangements and that he’d “seen the news in the media.”

The Phuket Tourism Association President Bhummikitti Rujtaengam told Reuters the they have not been notified about the foreign tourist arrivals.

James McCormack, at Fitch Ratings Inc, said it hard to see Thailand’s economy recovering in the absence foreign tourism. Merchandise exports is an area where Thailand can compensate for the deflated tourism industry if the global economy recovers. Because the country is open for trade.

From January to July, foreign tourist numbers were 6.69 million, down 71% year-on-year, with spending dipping 70.4% from a year earlier to 332 billion baht.