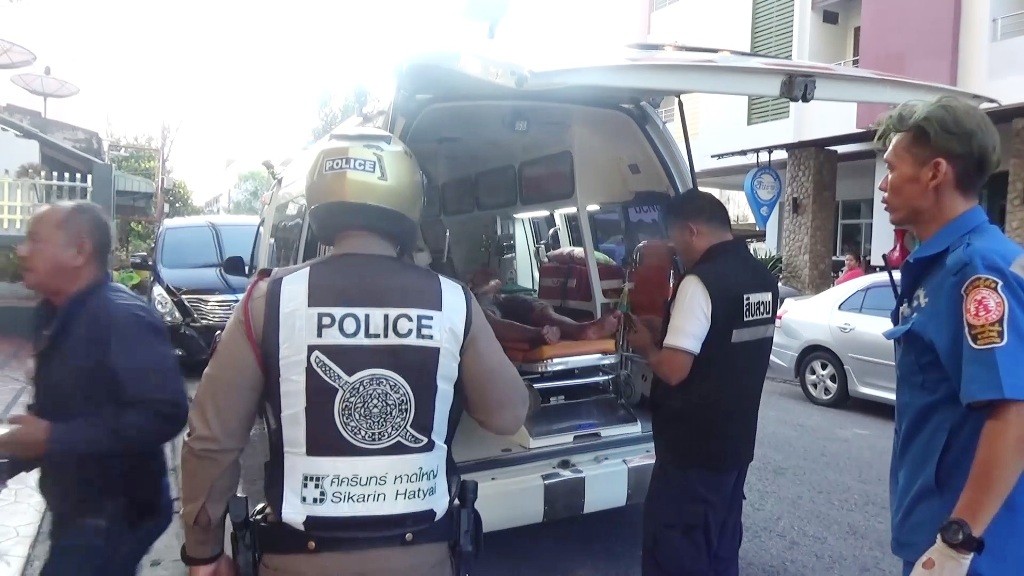 A man has been arrested for stabbing his wife and her lover in a fit of anger on New Years eve in southern Thailand. He told police he went into a rage after he found them sleeping in his bed.

His wife earlier told him she would visit her family in another district during the New Year holidays.

Mr. Niphit Rueksamut, 35, was arrested at a petrol station in Sungai Kolok district of Narathiwat on Tuesday. He was trying to flee after the stabbing attack on his wife and her lover in Hat Yai district in the morning.

Pol Lt Col Somkiart Khamsuwan, investigation chief at Hat Yai police station, who was alerted at around 7am on Tuesday. Rescue workers gave aid to the stabbing victims before sending them to Hat Yai Hospital.

A police investigation found Mr. Niphit fled in his car to Sungai Kolok district. He was taken back to Hat Yai for interrogation, the Bangkok Post reported.

Mr Niphit told police after they got married, he rented the apartment room in Hat Yai for over one year. Before the attack, his wife told him that she wanted to visit her family and relatives.

He told police that he didn’t suspect anything and went to stay with a friend in Hat Yai district.

Later, he tried to contact her over the phone several times, but she did not answer. He became suspicious and drove to their apartment, where he normally went to 2-3 times a week.

When he opened the door, he was shocked to see his wife in bed with another man. Consequently in a fit of anger, he grabbed a knife in the room and started stabbing them before fleeing.

Police charged also him with attempted murder. furthermore he was held in custody at Hat Yai police station for legal action.

Thai Media Coverage of the Stabbing

Man Stabbed to Death While Trying to Help Accident Victim