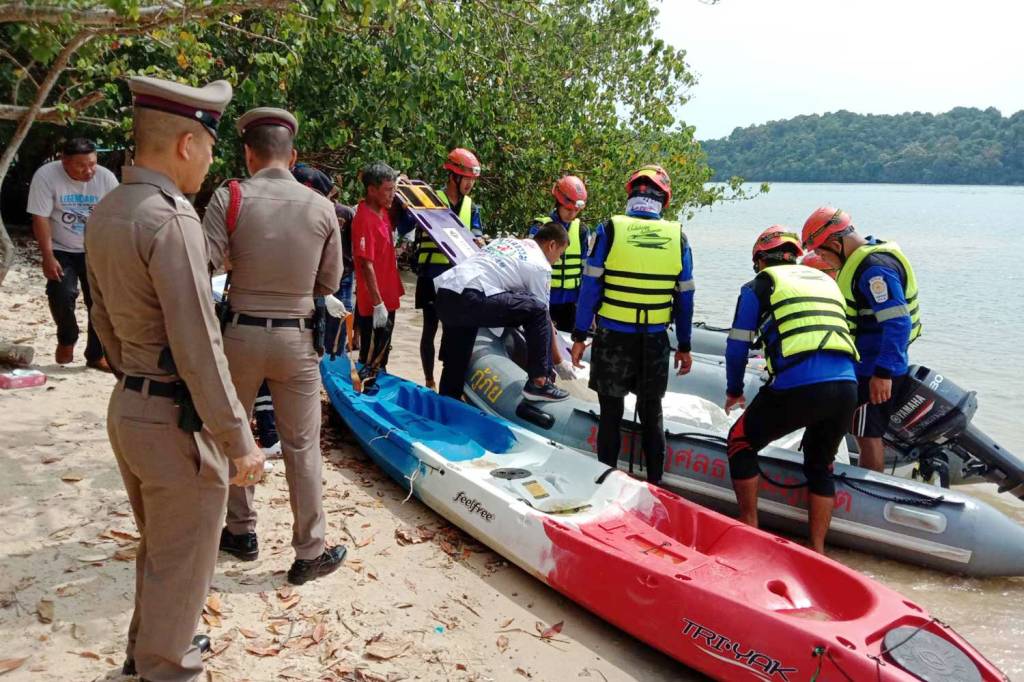 The body of a man with his face badly beaten has been found floating in the sea off in Phuket, Thailand on Saturday morning. The body was found off Koh Nakha north of Phuket City.

Pol Lt Col Pathiwat Yodkwan, said police were notified of the dead body at around 11am on Saturday.

Police reported that the victim was wearing a brown shirt and black underwear. He was about 170cm tall, had his face beaten and teeth broken. Police found no identification documents on the body.

The body was taken to Thalang Hospital for a postmortem examination.

According to the Thairath the body was discovered by a tour boat taking tourists to visit Koh Khai. They then alerted police.

Investigators initially believed the dead man might have been a boat crew member who was assaulted and then thrown into the sea. The investigation is continuing.

Yesterday authorities in central Thailand reported finding the dead body of a tattooed woman of unknown nationality stuffed into a travel bag on a local beach. Authorities report the body washed ashore onto a beach in Si Racha district of Chon Buri on Friday.

Pol Lt Col Kirksil Buracharoen told Thai media that forensic officers believe the woman to be approximately 30 years old. Police believe she was brutally murdered because her wrists and ankles were bound by a black cable and a green cord. Her head was also wrapped in yellow duct tapes and covered by a black plastic bag. The body was stuffed in a red-black bag, which did not entirely cover her back when it was found.

Even more she was dressed in camouflage shirt, black shorts, and Asics-brand white running shoes. There were red Chinese tattoos on her left shoulder and black ones on her inner right ankle. Police also said the woman was about 160-165cm tall

Insurgent Killed in Clash with Security Forces in Southern Thailand