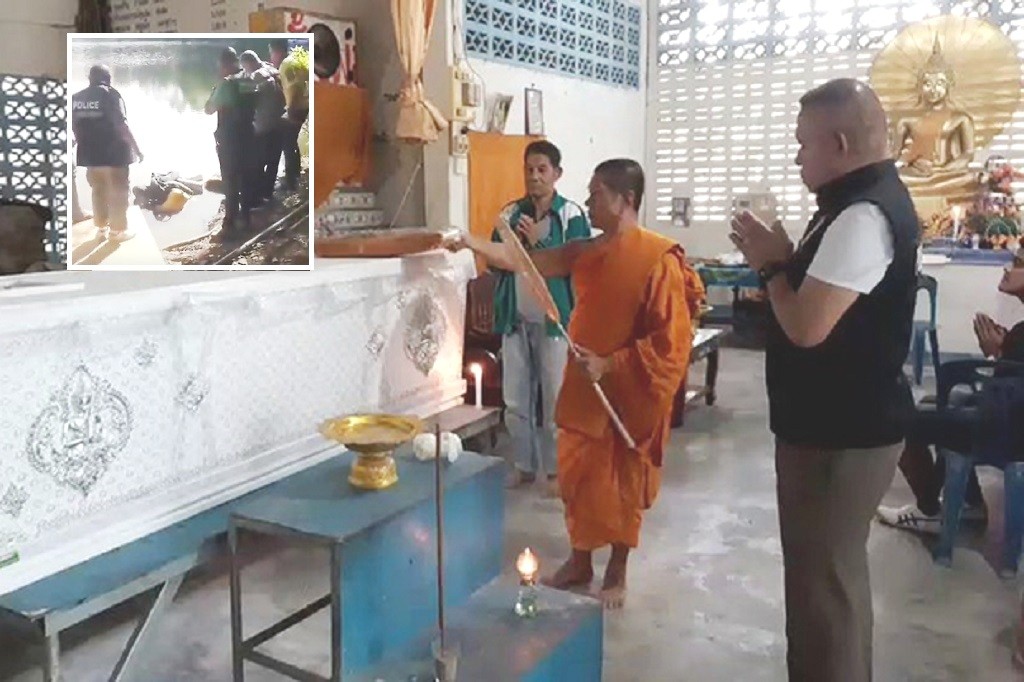 The body of a British diver found dead at a dive site in southern Thailand’s Talay Songkhon park last month has been cremated. His ashes will be taken home by his son, were a family service will be held.

Smith, a resident of Thailand, died during a diving trip in Talay Songkhon park with his friends on Dec 21st. Doctors at Maharaj Nakhon Si Thammarat Hospital concluded he died from decompression sickness, also known as the bends.

The body had been kept at the hospital until the cremation.

Smith was a Buddhist and his British family had agreed to local cremation and religious rites. The ceremony was attended by local residents and Thung Yai police chief Pol Col Chokdee Rakwattanapong.

The dead man’s son, Jason Stuart, thanked residents of Thung Yai for helping arrange the cremation. Mr Stuart said he intended to return to Britain on Tuesday, and would take some of his father’s ashes back with him.