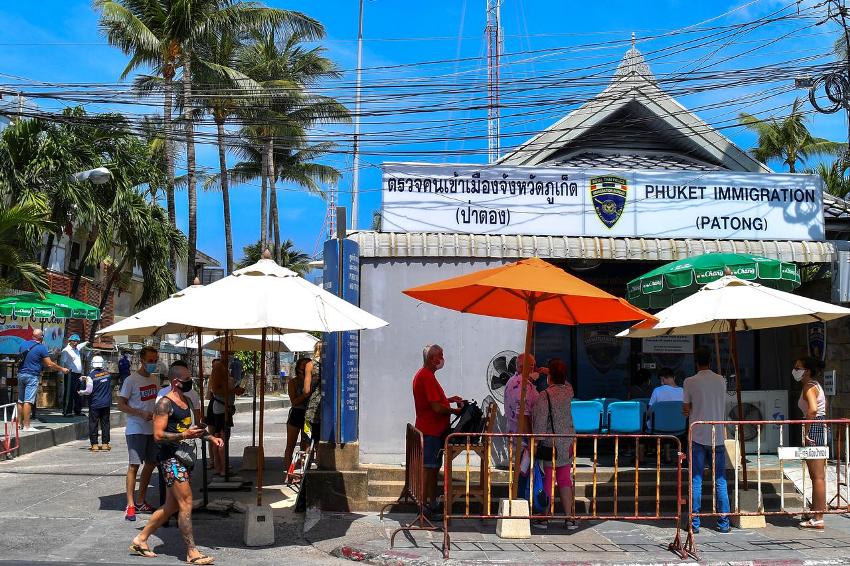 Thailand’s southern island of Phuket has reported no new Covid-19 Coronavirus infections on Saturday. Furthermore seven more patients have fully recovered and been discharged from hospitals. The total of Covid-19 cases is 192.

Of the 192 infected people, 106 have now recovered and been released. Consequently one had died from injuries sustained in a motorcycle accident, the health department said.

All but three of the 85 patients still under treatment are in a satisfactory condition.

Phuket has the second-highest total of infections in the country after Bangkok. Cases in Bangkok accounts for 1,401 of the 2,733 cases nationwide as of Saturday.

Phuket health offcials said a total of 2,811 people in the province have been tested for the coronavirus. Even more 2,684 allowed to return home, 42 are awaiting lab results. The others being treated in Phuket hospitals.

Phuket Police reported that a 56-year-old woman was found hanged in her home in Phuket Town Friday.  They said she committed suicide, but admit they have yet to discover a reason why.

Police were called to the house, in Soi Damrong 2, off Damrong Rd, at 8:30am, according to Phuket News.

Police with forensic officers arrived at the scene to find Ms. Mingkhwan Yosangrat, 56, hanged by a nylon rope tied to the bathroom door. Officers found no signs of a struggle in the home or on her body. Its believe that Ms Mingkhwan died about one hour before her body was found.

Ms Mingkhwan’s body was taken to Vachira Phuket Hospital for further examination. Police said they will continue their investigation into her death.