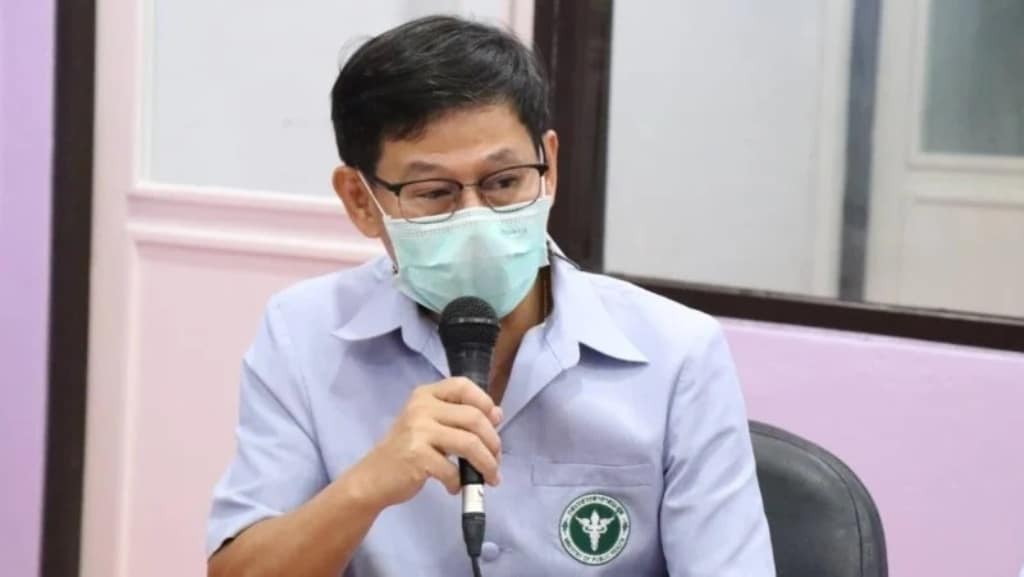 Health Department authorities in Phuket are calling for clam after two more tourists tested covid-19 positive after arriving on the island.

Health department chief Dr Kusak Kukiatkul has called for calm and stressed the need for strict social distancing measures to battle the Delta Variant after two young children from Myanmar were found to be infected.

Dr Kusak said the second tests conducted on two children, aged eight and nine, were positive. The two were being treated at a hospital and their families observing 14-day quarantine.

The two children were accompanied by two families on the same flight. The health department authorities did not provide flight details and the date of their arrival. Dr Kusak said officials were tracking their timeline to alert people who might have come into contact with the groups.

The two children brought the tally of infections imported by tourists during the Sandbox scheme to three since the island reopened for inoculated international arrivals on July 1.

The first case was a man from the United Arab Emirates, who was found to be infected during testing at Phuket airport on Tuesday. On Saturday, 13 other passengers on the same flight with him returned to their country.

Phuket reported 11 new local cases on Sunday, bringing provincial accumulated infections to 785 — five of them foreigners based on the island — since the outbreak last year. It recorded seven fatalities. Phuket has received 3,287 overseas visitors since the reopening on July 1.

Meanwhile, National Health authorities for Thailand on Sunday said 86 more Covid-19 fatalities and 9,539 new transmissions around Thailand occurred on Saturday, bringing the accumulated toll to 2,711 deaths and the number of cases since the start of the pandemic to 336,371.

They said 9,436 of the new infections were in the general population and 103 in prisons.

The total of new cases was only fractionally behind the all-time high of 9,635 cases recorded on May 17, 2021. The number of deaths was also the second-highest since the pandemic began.