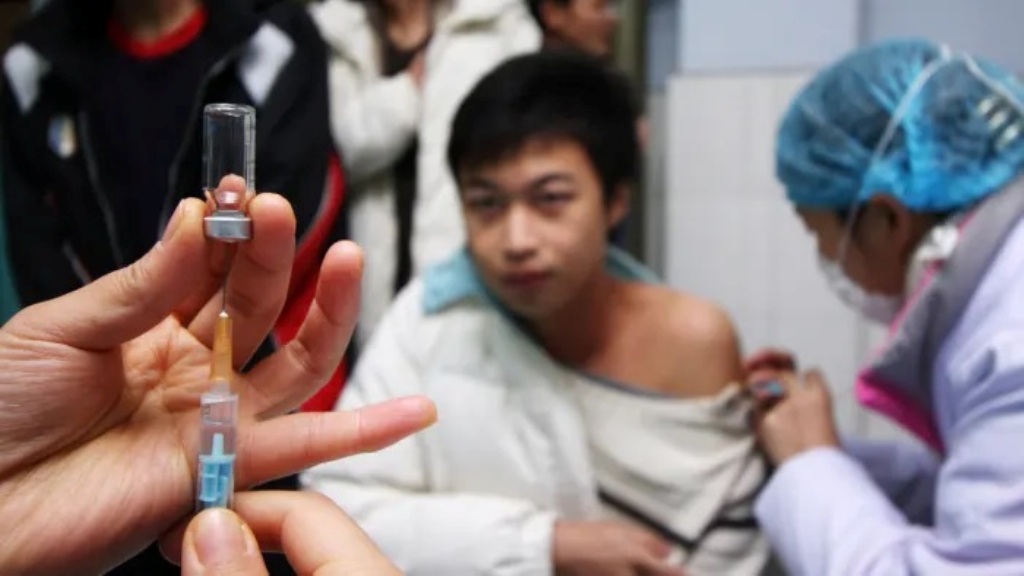 Five people have died after getting flu shots in South Korea in the past week, authorities said, raising concerns over the vaccine’s safety. The death come just as the seasonal vaccine program is expanded to head off potential Covid-19 complications.

Authorities said there was no reason to believe the deaths were linked to the vaccine. However an investigation, including  postmortems, was underway.

“It makes it hard for us to put out a categorical statement,” Vice Health Minister Kim Gang-lip told a briefing on Wednesday about the deaths. The deaths include a 17-year-old boy and a man in his 70s.

Coming just weeks after the rollout of the national vaccine program was suspended over safety worries. The deaths have dominated headlines in South Korea.

Officials last month announced plans to procure 20 per cent more flu vaccines for the winter than the previous year to inoculate 30 million people in a bid to prevent the health system being overloaded by patients with flu and Covid-19 exposure.

However, the start of a free vaccine program for around 19 million eligible people was suspended for three weeks after it was discovered that some 5 million doses, which need to be refrigerated, had been exposed to room temperature while being transported to a medical facility.

Boosting public trust in vaccines has become a major global challenge this year, as some countries rush to approve experimental Covid-19 vaccines before full safety and efficacy studies have been completed.

A Boryung official told Reuters the company was aware of the reported deaths, but had no immediate comment. LG Chem said the company would follow government advice.

A 17-year-old boy who died on Friday was the first death noted by officials to follow receipt of the vaccine. The boy died two days after receiving the flu shot in Incheon, near the capital Seoul.

A man in his 70s, who had Parkinson’s disease and arrhythmia, was the most recent case. He died in Daegu on Wednesday, a day after receiving the flu vaccine. Daegu officials said the man had received vaccines since 2015 with no prior adverse reactions.

Officials said 8.3 million people have been inoculated with the free flu vaccine since it resumed on Oct. 13, with around 350 cases of adverse reactions reported.

The highest number of deaths linked to the seasonal flu vaccination was six in 2005, according to Yonhap news agency.

Even before the coronavirus pandemic, trust in vaccines was a growing challenge for public health bodies.

The World Health Organisation named vaccine hesitancy as one of the top 10 global health threats for last year.

In South Korea, a poll earlier this month found that 62 per cent of 2,548 respondents in Gyeonggi province, near Seoul, would not get vaccinated against Covid-19, even if a vaccine is approved, until all safety questions are fully answered. – Asia One