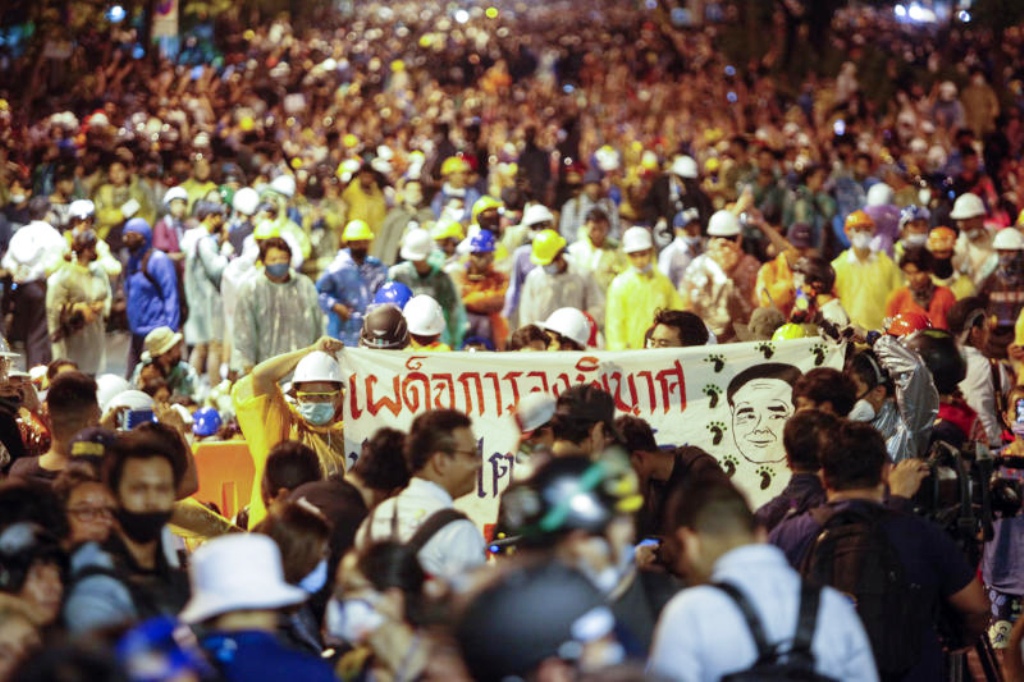 Anti-government protesters in Thailand have given the prime minister three days to release detained activists and step down, or face a new round of demonstrations.

At the climax of a massive demonstration on a day that saw competing rallies, representatives of the pro-democracy movement submitted a mock resignation letter to the prime minister through Pratheep Keerathirekha, a deputy secretary-general of the prime minister, with Pol Lt Gen Pakkapong Pongpetra, commissioner of the Metropolitan Police Bureau, as one of the witnesses.

They then announced the end of the rally.

They issued their ultimatum hours after Gen Prayut said he will lift the emergency decree in Bangkok. Provided that rallies remain peaceful. In a television address he called for the political conflicts to be resolved in Parliament.

He asked anti-government protesters to reciprocate by toning down their hateful and divisive speeches.

“I will make the first move to de-escalate this situation. I am currently preparing to lift the emergency decree in Bangkok and will do so promptly if there are no violent incidents,” he said in a TV broadcast Wednesday night.

“Furthermore I ask the protesters to reciprocate with sincerity. Please turn down the volume on hateful and divisive talk,” he said.

“Let us respect the law and parliamentary democracy, and let our views be presented through our representatives in parliament,” said Gen Prayut. Referring to the cabinet’s decision to support a proposal to convene a special parliamentary session to discuss ways to defuse the ongoing political conflict and end the emergency decree.

The PM also said that as leader of the government he was responsible for reconciling opposing views. Especially extremist ones, so that people could live peacefully together in a country that belonged to everyone.

An ideal solution to the current conflict would also be one that was fair for not only those taking to the streets but also those many million others who chose not to join the protests, he said.

“Now that the protesters have made their voices and views heard, it is time for them to let their views be reconciled with the views of other segments of Thailand’s society through their representatives in parliament,” he said.