At least one person is dead and dozens are missing in a Miami building collapse, 99 people are still unaccounted for, according to Miami-Dade Mayor. The number of people who have been located now stands at 102. It is unclear how many people were in the building at the time.

The cause of the Miami building collapse affecting about half of the 130 units in the complex remains unclear. The block in the town of Surfside was built in 1980. A number of Latin American migrants have been reported missing by their consulates.

Video footage (above) showed a large portion of the building in the town of Surfside — just north of Miami Beach — reduced to rubble, with the apartments’ interiors exposed.

Around 55 apartments were affected by the collapse, according to Miami-Dade Fire Rescue Assistant Chief Ray Jadallah who told a news conference that emergency services arrived at the scene at around 1:30 am, evacuating 35 people from the building. 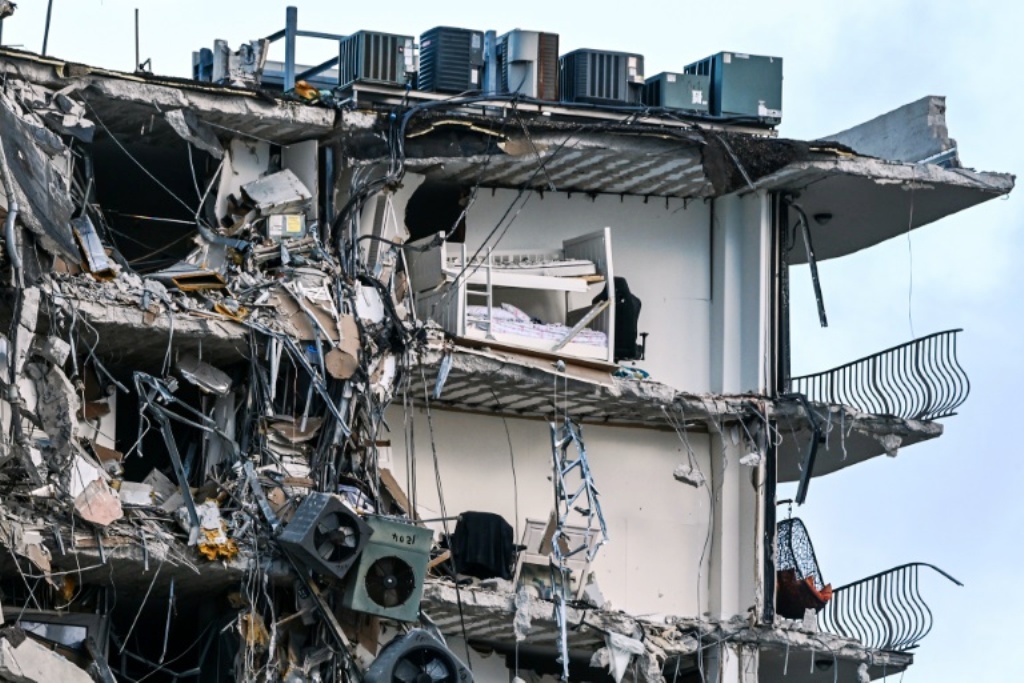 Some residents were able to walk down the stairs to safety while others had to be rescued from their balconies. One death was confirmed by Surfside mayor Charles Burkett, and Neyman said some 14 survivors had been recovered from the rubble.

She said the search phase of operations had now concluded and that the focus was now on the recovery of possible victims amid the rubble, in a massive operation assisted by drones and dogs and involving both police and firefighter units.

“Apparently when the building came down it pancaked, so there’s just not a lot of voids that they’re finding or seeing from the outside,” mayor Burkett he said on NBC’s Today show. Surfside’s town manager Andrew Hyatt told the news conference that search operations could last a week.

At least four Argentinians — three adults and a six-year-old girl — were among those unaccounted for, according to the country’s foreign ministry. Surfside’s mayor said the reasons for the collapse were still unclear.