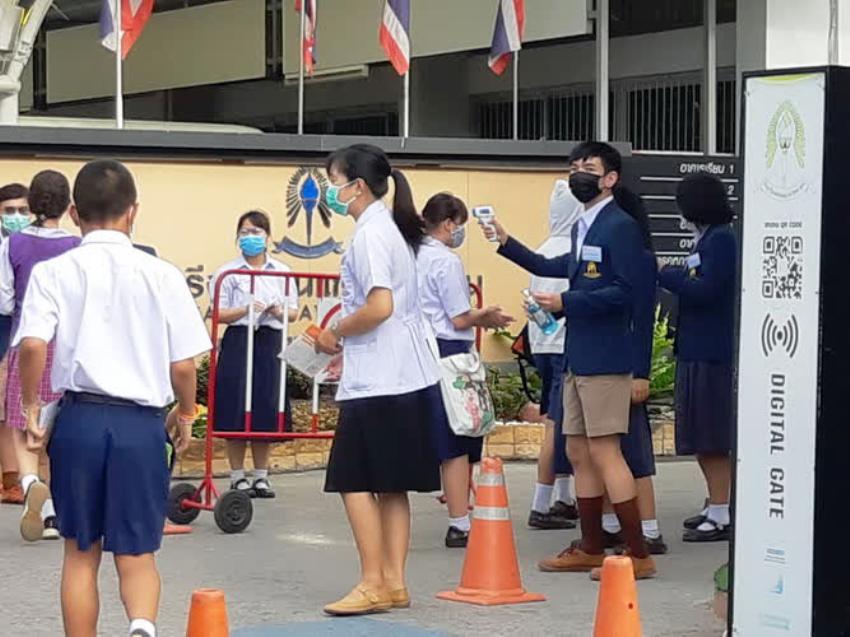 Thailand’s education ministry has announced  4500 schools will make non-traditional arrangements for students when the new school term starts on July 1. The schools will adopt any of five flexible arrangements. Under which one group of students will go to school and the others will study at home.

The five arrangements have been designed to help schools adjust to the public health crisis.

Warawich Kampoo na Ayutthaya, an adviser to the education minister told the Bangkok Post that students at another 31,000 schools nationwide will return to physical classes. Because their schools are able to observe social distancing in classrooms.

According to Mr Warawich, points of concern have been raised ahead of schools’ reopening. Including limited space in school cafeterias and during exams.

A staggered lunch schedule will be adopted and students will be allowed 30 minutes for each interval, he said.

As for exams, the Education Ministry is expected to decide by next week if formal exams will be held. He said that Prathom 6 students are highly likely to have to take their tests.

The Public Health Department of Health has also issued guidelines for schools to follow when they reopen.

Meanwhile, Parents of 43 students who were denied admission to Suankularb Wittayalai Nonthaburi School on Monday lodged a complaint against the school’s director with the Royal Thai Police. Alleging irregularities in the entrance process.

The parents allege the school director failed to explain why their children were denied seats in Mathayom 4 (Grade 10). Despite scoring above the passing grade of 2.0.

“The director didn’t explain why my child was rejected despite scoring 2.65. The other 42 students also received a 2.5 score, and they were also denied seats,” said one parent.

“We have lodged appeals with the Ministry of Education twice, but nothing has happened. Our children don’t have a school to go to when the semester starts,” the parent said.

While the Ministry of Education has assured that all new Mathayom 4 students will have a school to study at for the new school term. Parents say students should be allowed to stay in the same school, as long as their grades qualify.

“A new school will be further away and inconvenient for the students,” they said.

The complaint was received by Pol Maj Gen Suwat Sangnum, chief of the Anti-Corruption Division of the Royal Thai Police on Monday. The parents were accompanied by anti-corruption activist Nakboon Akkabutra.

Mr. Nakboon said he has also accompanied the parents to petition Education Minister on June 15, after the school rejected the students without giving the parents sufficient explanation.

He said that students aren’t able to find seats at other schools so close to the start of the semester on July 1. He also said that schools which the district office has arranged are too far away from the children’s homes.

In the complaint, the parents also accused the school’s director of asking parents for donations in exchange for guaranteed admission to Mathayom 4 at the school.

Surawut Yanyaluk, the embattled principal of Suankularb Wittayalai Nonthaburi School, firmly denied the accusation. The school did not also ask for any kinds of donations in exchange for seats, he said.

Mr Surawut explained that the decision to reject the 43 students was approved by the school committee. Which did not only base their decision solely on average grades.

He said the students’ performance in certain subjects was also taken into account by the school committee.

“It’s not unusual for students to leave the school after Grade 9. Because we have to clear out under-performing students. Whom we don’t believe will be able to cope with more advanced subjects when school reopens,” he said.