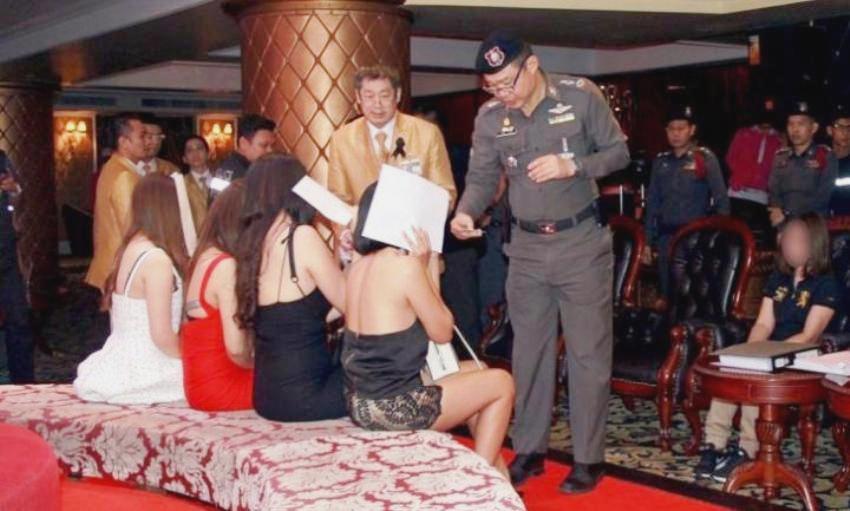 Its an open secret that, despite being illegal, prostitution is widely practiced in Thailand. That striking gulf between the law and reality illustrates the need to amend the laws and decriminalize the sex trade.

A member of Thailand’s parliament is now looking to legalize prostitution and adult toys. Above all to help address a surge in rape and other sexual assault cases.

Thai Civilized Party MP Mongkolkit Suksintharanon said he will ask the House committee tasked with combating rape to back his proposal to legalize prostitution and sex toys in Thailand.

Mongkolkit said the government should also help people who cannot afford such services if prostitution is legalized.

“Most rape cases involve old male widowers and low-income earners,” he said. “These people do not have the means and the financial resources to satisfy their sexual [urges]. So, they vent their frustration on family members.”

“If they could afford prostitutes, or have the means to manage their urges, the number of rape cases would decrease,” he said. Mr Mongkolkit is an adviser and also a member of the House committee.

The Bangkok Post has recently reported several high-profile rape cases. Including one involving seven people identified as neighbours and relatives of a 12 year-old victim.

This has led to calls for the government to introduce chemical castration as a deterrent to would-be rapists.

Khangkai Areeyasakul, a social media blogger who gives advice to rape victims, has submitted a petition to Mr Mongkolkit’s House committee, calling for the punishment to be introduced.

“Imprisonment is not a sufficient [punishment] to combat rape,” Ms Khangkai said.

“Chemical castration will nip the cause of rape in the bud.”

The House committee says it will take a look at all proposals. Above all to deal with sex crimes before submitting its own proposals for a new bill in July.

Laws in Thailand not working

Meanwhile, Asst Professor and researcher Mataluk Orungrot from Thammasat University says scrapping the current prostitution laws in favour of legalization may be one answer. She was talking at a seminar ” Should Thailand realize prostitution ” at Faculty of Social Administration,Thammasart University.

Thailand’s approach to sex work is to criminalize it under the Prevention and Suppression of Prostitution Act 1996 and Article 286 of the Criminal Code. The law forbids selling sex, pimping and running a “prostitution establishment”.

Yet the numbers show the approach has not worked. Estimates put the number of Thai prostitutes at anywhere between 800,000 to 2 million-plus, with many aged under 18.

According to Jomdet Trimek, a leading criminology professor at Rangsit University, venues can easily rake in up to Bt10 million per month. A fraction of which is used to bribe law enforcers against closure.

The bribes start from Bt200,000 a month and can reach a startling Bt400,000 (Bt10,000 for each agency). For venues with illegal sex workers from neighbouring countries, said Jomdet. He has also interviewed dozens of sex workers while researching the trade.

A venue’s incomes are derived from deducting a portion of the earnings of the sex workers, he said. One Myanmar professional working in Thailand told the researcher she could make Bt1,000-Bt2,000 just to “sit” with the customers. With money rising to as much as Bt5,000 for each sexual service. She could make an average of Bt100,000 monthly.

The Prevention and Suppression of Prostitution Act 1996 punishes the sex worker for selling sex (with a maximum fine of Bt1,000) but not the customer for purchasing sex.

This, Mataluk said, may need to be changed.

In the Nordic or French model, selling sex is legal but buying it or running a brothel is prohibited. The sex worker is seen as a victim who should not be further victimized by the law.

Thailand’s Government Says No Travel Bubbles for Tourist “Yet”