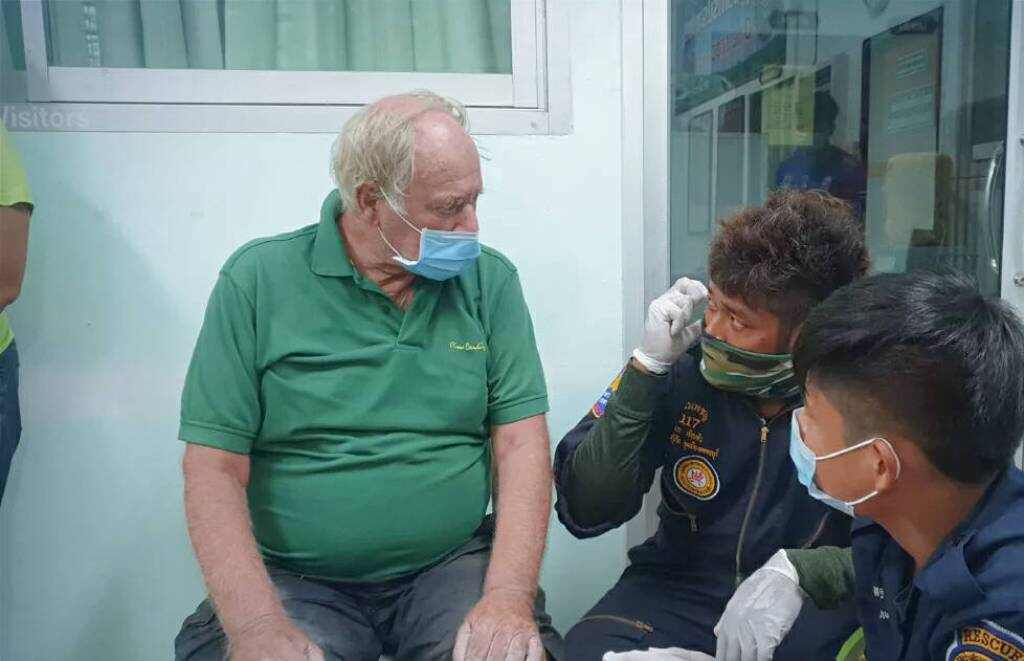 Police report a missing 79-year-old Dutchman has been rescued from a forest by villagers in central Thailand’s Phetchaburi province on Friday. The Dutchman identified Franciscus Van Rossumas, 79, had been missing for three days.

Mr Van Rossum was reportedly found by local villagers lying in a puddle in a national forest area connecting Phetchaburi’s Kaeng Krachan and Tha Yang districts. He was found 800 metres from the main road.

Police said when villagers found him he was exhausted, mildly disoriented, and had minor scratches and mosquito bites on the body.

The Villagers who found him said they were returning home from catching bullfrogs when they found Mr Van Rossum’s motorcycle parked in the forest. They searched around the area and found the man lying in the puddle.

They helped him up and contacted police, who later brought him to a nearby hospital for a check-up.

Ms Ratchata Chanwichit, 61, told police that her husband rode a motorcycle from their house get some beer from a shop on Tuesday and had not returned. She called him on his mobile phone and he answered and said that he was lost in the forest.

Suddenly the line was cut due to heavy rains in the area, prompting her to file a missing person report.

Meanwhile, Rescue teams in northeastern Thailand have rescued a elderly British man after he drove his motorcycle into the foest and got lost for three days. Police said the man was OK but somewhat dehydrated and tired.

Briton Barry Weller was found in the jungle in Khao Suan Kwang district of Khon Kaen on Friday by rescuers. The rescue workers took him down to be reunited his wife, Ms Tawee Chaisaenrit, who was waiting for him at the Dong Yen monastery.

“Thank you,” Mr Weller said after meeting his relieved wife. He had scratches on his body and no shoes when he was found. “Thank you everyone for your help,” said a tearful Ms Tawee, 49.

On Tuesday, he set out on his motorcycle, telling his wife he wanted to enjoy some time in the local rice fields and forests, but this time he did not come back.

Ms Tawee reported her husband’s absence to the police station later on Tuesday. Police and rescuers from Ubon Rattana and Khao Suan Kwang districts started looking for him found only his motorcycle parked in a paddy field near Ban Nong Saeng in Ubon Rattana that night.

Mr Weller told his wife when they were reunited that he had parked the motorcycle and taken a walk up the mountain but could not remember the way back to his parking spot.

Somkuan Wiengkaew, a rescuer who took part in the search, said Mr Weller survived on rainwater and fruits picked in the forest.

Mr Weller was taken to Khao Suan Kwang Hospital for an examination and would be allowed to go home if doctors permit, said Pariwat Chailert, the deputy district chief.

Thailand Must Adapt and Coexist Safely With the Coronavirus