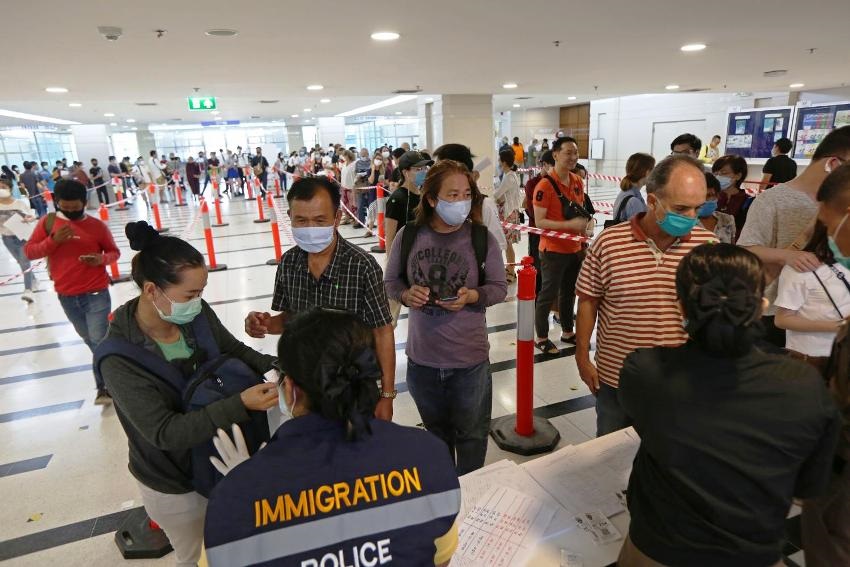 The Thai Government has approved a second automatic visa extension for foreigners for three more months on Tuesday. Above all to prevent long queues at immigration centres and stem the spread of the coronavirus.

Foreigners whose visas had expired since March 26 will be permitted to stay until July 31 without having to apply for an extension, said Narumon Pinyosinwat, spokeswoman for the Thai government.

Thailand has banned entry to foreigners, except diplomats and work-permit holders to combat the Covid-19.

The cabinet also on Tuesday approved 98.7 billion baht  in relief measures. Designed to help mitigate the impact of the outbreak, which is driving the country into recession.

Thailand’s economy could lose more than $40 billion and up to 10 million jobs due to the pandemic.

That will increase its total handout by 75 billion baht. Each worker receives 15,000 baht.

The government will also cut or waive electricity bills worth 23.7 billion baht for 22 million households.

The government has announced a series of steps worth billions to limit the impact of the outbreak. It plans to borrow 1 trillion baht to finance the measures.