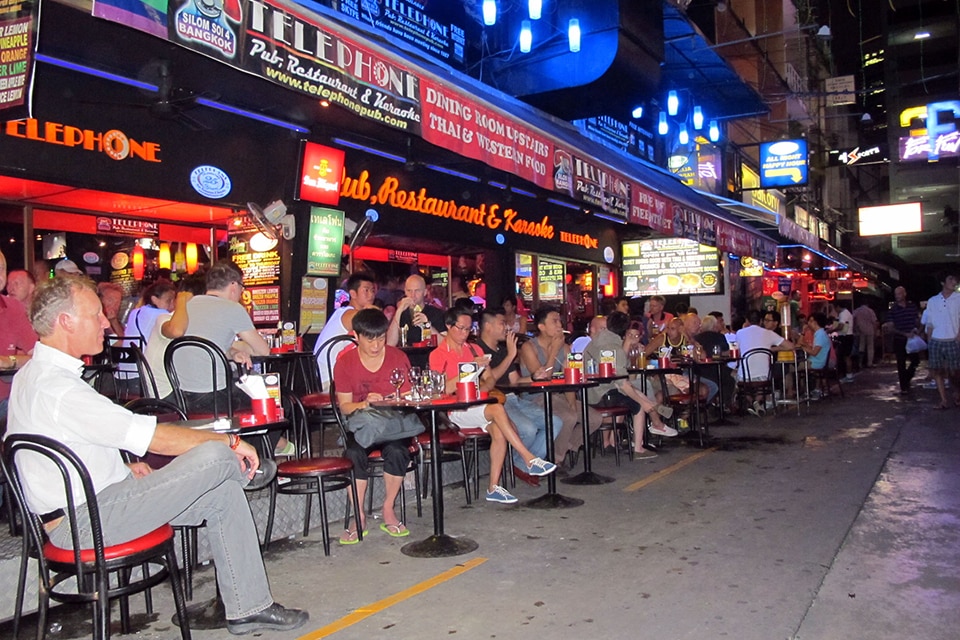 Bangkok is on full alert for monkeypox infections in at-risk areas in the capital, especially locations where gay men gather in large numbers.

On Monday, Bangkok’s governor Chadchart Sittipunt convened a meeting of City Hall executives to discuss preparations for monkeypox infections after the World Health Organization (WHO) declared monkeypox “A Public Health Emergency of International Concern” on Saturday.

As a result of the meeting, Mr. Chadchart said that public health personnel will be educated about the disease and that health service centers, clinics and hospitals in Bangkok will be instructed to keep an eye out for anyone who is suspected of contracting the disease.

According to Mr. Chadchart, the Thai Hotels Association will also be asked to inform all Bangkok hotels to report suspected cases to City Hall’s district offices.

A similar request would be made to pharmacies in the capital.

There have been no monkeypox cases reported in Bangkok yet, Mr. Chadchart said. Nevertheless, Nigerian nationals gathered in Soi Nana, an at-risk community, are closely monitored.

The Ministry of Public Health raised nationwide surveillance measures nationwide in response to the WHO announcement.

The first confirmed case in the country occurred when a Nigerian tourist fled to neighbouring Cambodia after being diagnosed with the disease.

According to Pol Col Rung Thongmon, the head of the immigration office in Sa Kaeo, the Nigerian man is being treated for monkeypox at a hospital in Phnom Penh.

Pol Col Rung said that once he has recovered, he will be indicted for illegal entry before a Cambodian court.

Meanwhile, tracing the Nigerian man’s close contacts in Phuket, where he has been staying for the past month, continues. On Monday, Koosak Kukiatikul, the province’s health chief, said investigators were investigating cases on the island.

According to Dr. Supakit Sirilak, director-general of the Department of Medical Sciences, tests conducted on 27 people who came into contact with the Nigerian tourist came up negative.

In addition, the department will ask Deputy Prime Minister and Public Health Minister Anutin Charnvirakul to approve a new announcement allowing level-2 laboratories to conduct testing, though these laboratories will be required to take additional precautions, he said.

Most laboratories in the country that are classified as Level 2 can conduct testing with the ministry’s approval. However, their testing capabilities must be checked by the appropriate departments, Dr. Supakit said.

Additionally, he denied that monkeypox could be transmitted through the air while stating that Covid-19 precautions, such as frequent hand washing and maintaining physical distance, can be used to prevent the spread of monkeypox.

A government spokesperson said Monday that although no additional infections have been detected in connection with the case of the Nigerian national, Prime Minister Prayut Chan-o-cha has ordered the Public Health Ministry and related agencies to be on high alert.

According to Dr. Yong Poovorawan, head of the Center of Excellence in Clinical Virology at Chulalongkorn University’s Faculty of Medicine, monkeypox is not a serious disease with a fatality rate less than 3:10,000.

According to him, the disease is transmitted through close contact, so it is likely to be transmitted by male on male sex.

A disease transmitted through sexual contact is difficult to control or eliminate, and monkeypox is no exception,” Dr. Yong stated.

We will have to continue to live with this disease unless we administer effective vaccines to as many people as possible.

According to the World Health Organization (WHO), monkeypox is not limited to sexually active people or men who have sex with men. Anyone who has close contact with someone who has symptoms is at risk.

A few cases of monkeypox have been reported at sexual health clinics. It may be that men who have sex with men seek health care more often, which may explain why we are hearing more reports of monkeypox in this population.

Monkeypox rashes can resemble some sexually transmitted diseases, including herpes and syphilis, which may partly explain why these cases are being picked up at sexual health clinics. We may identify more cases in the broader community as we learn more.

To protect those most at risk, gay, bisexual, and other men who have sex with men need to be engaged in raising awareness. As a man who has sex with men, you should be aware of your risk and take steps to ensure your safety and that of others.

Health care providers should be consulted immediately by anyone with symptoms of monkeypox so they can be tested and treated.