Police in the tourist beach town of Pattaya arrested 16 Chinese nationals who were thought to be running an illegal online money lending business.

On Wednesday, police and immigration officers raided a three-story townhouse in the Bang Lamung district.

The raid comes after Pattaya police heard that a group of foreigners had been using the house as a base for illegally lending money online to people in Hong Kong.

When the team entered the townhouse, they found 16 Chinese nationals working there running an online money lending racket in Hong Kong.

Pattaya police reported that the foreign money-lending gang had come to Thailand six months ago and kept moving around to avoid being caught. Later, they moved into the rented townhouse in Pattaya, where they lived until the raid. 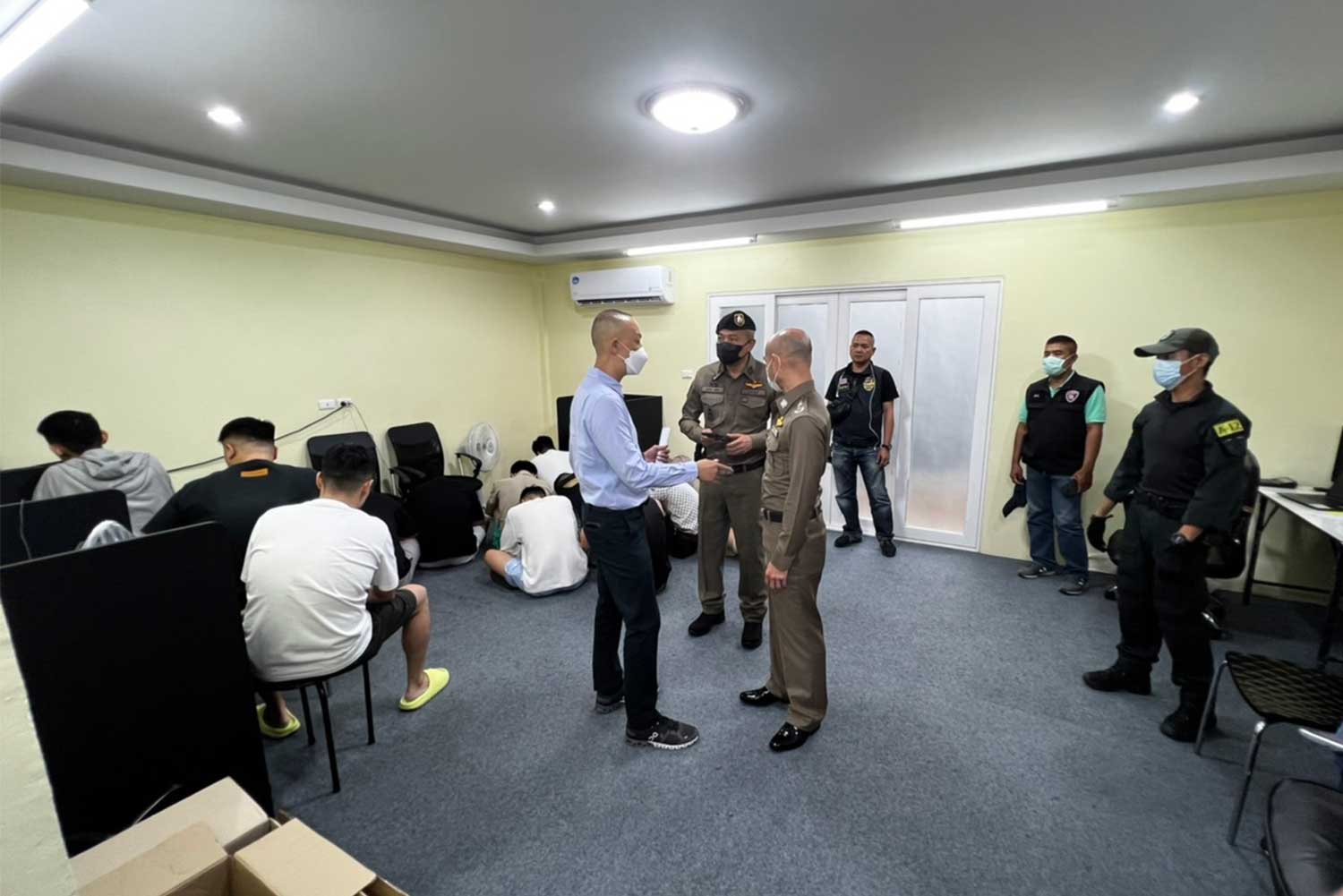 The 16 Chinese nationals  had entered the country on tourist visas, according to an investigation. They hadn’t overstayed their visas yet, but they were illegally lending money to people in Hong Kong and charging up to 50% interest.

Cyber police said that hundreds of millions of Hong Kong dollars were being spent by many customers every month.

Under questioning, the Chinese nationals admitted that they had set up their business in Thailand because it was far from their home country.

Also, costs for travel, lodging, and other things were low.

The suspects were held at the Pattaya immigration police station because they were working without work permits.

They would be turned over to Hong Kong authorities and charged with running an illegal money lending business.