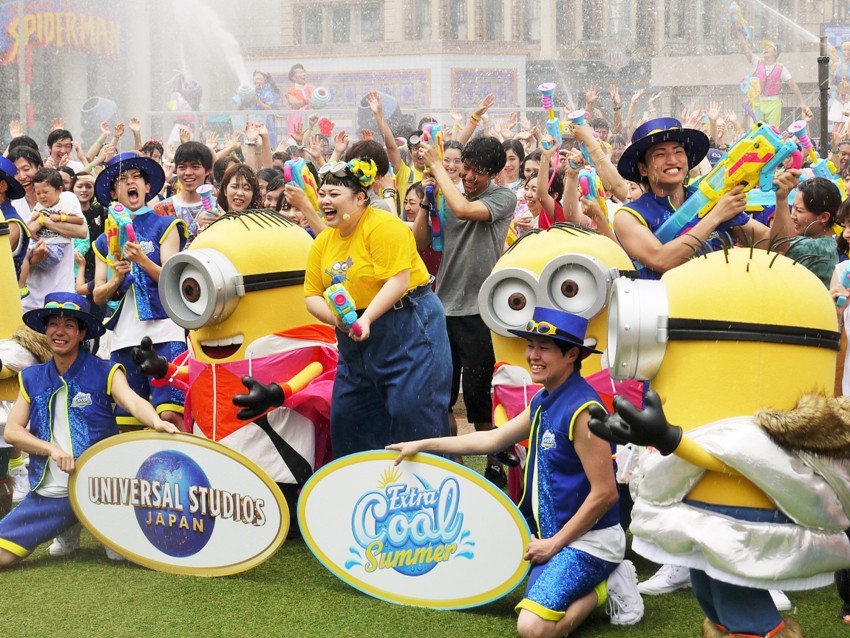 From record-breaking musicians to Hollywood actors, Japan’s entertainment industry is awash with multi-talented superstars. Would you like to know these famous Japanese behind the great fashion, TV programs and music? Here is a list of top 10 famous icons in the Japanese fashion and entertainment industries (according to Japan Yugen):

I have provided you a glimpse of these celebrities’ net worth. However, note that this is not the primary factor of ranking them on this list. There is a lot I considered such as their Social Media following, the popularity of fashion brands (where applicable), awards won, movie castings, and how early they shot into fame, among others.

Let us find out more about our popular Japanese celebrities, shall we?

If you are visiting Japan for the first time, you’ll probably hear alot about Watanabe. Most importantly, Watanabe is popular for empowering women to be their better selves.

She is an advocate for self-acceptance. More so, she has single-handedly encouraged plus size women to be more accepting of their curves. This passion drove her to launch the PUNYUS. It is a plus and small size clothing line – which is quite popular in Japan.

Naomi Watanabe was born on October 23rd1987. She shot into the limelight in 2008 after her famous impersonation of Beyoncé Knowles. Building on her talent as a comedian, Naomi has gone on to be a great actor. She features in popular shows and movies such as SNL and Queer Eye: We’re in Japan. Besides being an actor, she was also a judge on X-Factor.

Naomi Watanabe has a massive social media following- over 8.9M followers on Instagram. Moreover, net worth is estimated at US $5M.

Rola was born in March 1990. She is another famous Japanese celebrity who has had her prints in various categories of the entertainment industry. The 30-year-old has made most of her earnings through her fragrance line, the Vasilisa.

She is also into modeling, a career she started at only the age of 9 years. As a model, you will find her traces all over popular Japanese magazines such as the Vivi.

This multiracial model is also an author of some awe-inspiring fashion books as well as a cookbook. Besides, if you are a fan of the Resident Evil sequel, you have probably seen her feature in one of them; Resident Evil the Final Chapter. She plays “Cobalt.”

You can easily tell how famous Rola is from her social media following. She has a massive following on Twitter- over 4 million followers. Rola’s net worth is US $1.3M

Ayumi Hamasaki was born in 1980. She makes her living as an artist, lyrist, actress, and model. Hamasaki chooses to embrace herself as an artist rather than an icon of the Japanese music culture.

With a net worth of about US $450M, Hamasaki is probably the richest celebrity you will discover in Japan. You can attribute her rising popularity also due to her philanthropy. Many locals appreciate her US $30M donation in the aftermath of the Tohoku and Tsunami earthquakes.

Ayumi Hamasaki’s music career is one that will definitely amaze you. Having sold over 60 million records, she is among the best selling Japanese artists.

Nakamura on the cover page of a magazine.

Anna Nakamura is a 33-year-old Japanese TV personality. She juggles between being a model, TV personality, and movie actress. Besides, she is the perfect definition of a fun-loving, successful person. Her sporty character matches well with her career as a lingerie model.

However, she is more than just a lingerie model. You’ll also find her featuring in various TV drama shows such as the popular Shudan Sasen and the Japan Disney Pixar, Finding Dory.

Anne Nakamura has an estimated net worth of US $1.5M.

Fukuyama onstage with a guitar.

A famous and talented multi-instrumental singer, Masaharu Fukuyama will blow your mind away with his vocals. He treads his career as a musician and actor.

The Nagasaki favorite is also a leading member of the Amuse Inc. entertainment company. Amuse Inc. has been in the entertainment industry since 1990 and it was here that Masaharu made his first single.

As of this writing, Masaharu Fukuyama has featured in more than 25 movies. Additionally, Oricon weekly charts had his album Zankyo at number one. It had more than 150,000 copies in the week following its release. The famous singer is worth more than US $175M.

Ohno in the recording booth

Born in 1980, Ohno is one of the richest celebrities in the Japanese music industry to date.

If you tune into the popular Japanese radio stations, chances are you’re going to listen in on Satoshi Ohno. That is not to say that he only features in radio hosting. His fame is primarily exhibited through his talent as an idol actor.

Ohno is also an artist and a singer. He has played a lead role in the Japanese Arashi musical boy band for many years now. Since its establishment in the year 1999, this boy band has earned more than US $560M.

Ohno has been part of the Japanese talent industry from the age of 13. This has shaped his career as a singer and actor. To date, he has starred in a series of TV drama programs.

You’ll be impressed to note that he has won the best actor of the year award and has a net worth of about US $115M.

Sato with piano in the background

Born on April 30th, 1980, Atsushi Sato is a Japanese vocalist, singer and songwriter. He also doubles up as a part-time producer. His Exile band is the leading musical band in Japan. It has over $180M in earnings.

He has quite a history with the EXILE band. Back in 2011 he broke out from the group and formed the Red Diamonds Dog band. However, he rejoined his former band in 2018.

Besides, Sati also started production services for the  Deep group formerly known as Color. He went on to release his first single, Itsuka Kitto.

Nanao on a kayak

Nanao Arai is a top Japanese model born in 1989. She is famous for her affiliation with Platinum. Arai started her modeling career at only 20 years of age. She went on to feature broadly as a Kung-Fu ring girl.

Consequently, Nanao also featured as a cover girl for Pinky magazine for quite a period of time.

She has won some notable accolades as Miss TGC of the Tokyo Girls Collection. In addition, Arai won the 2010 Sanai Mizugi Image Girl. She has also worked for the Ginger Magazine and modeled for the fashion label No-no.

As a result, Nanao Arai has featured extensively in a number of TV shows and films. You’ll find her in Urero Mikakunin Shōjo, Lucky Seven, and Miss Pilot among other films.

Kiko was born on October 15th 1990, and holds dual Japanese and American citizenship. She moved to Japan at age 16, where she began her modeling career. In 2002 she took part and won an audition with the fashion magazine Seventeen.

Kiko Mizuhara is not just famous for her looks. This Japanese singer has also won the hearts of many with her notable contribution in the film and fashion industry.

Kiko is also recognized for her outstanding works with ViVi and MAQUIA magazines. She is also a fan favorite after starring in various movies and TV shows.

Some of her popular films include ‘Platinum Data,’ Tran Anh Hung’s ‘Norwegian Wood’ in 2010, ‘Helter Skelter’ in 2012, among many others. Mizuhara is worth about $2-5M.

Born on 3rd June 1987, Masami Nagasawa is one of the most successful TV actresses in Japan. She has won several awards in her career as an actress. This includes the 5th To ho Cinderella Contest which she contested and won at only 12 years of age.

Her popular appearances are well captured in the movies Proposal Daisakusen and Socrates in Love. Masami Nagasawa estimated net worth is $3M.

Japan has a rich musical culture. It is no surprise that the majority of the famous Japanese ply their career in this industry.

On your visit to Japan, I’m sure you’ll come across these famous faces in theatres and billboards. At least you’ll have known a thing or two about them.