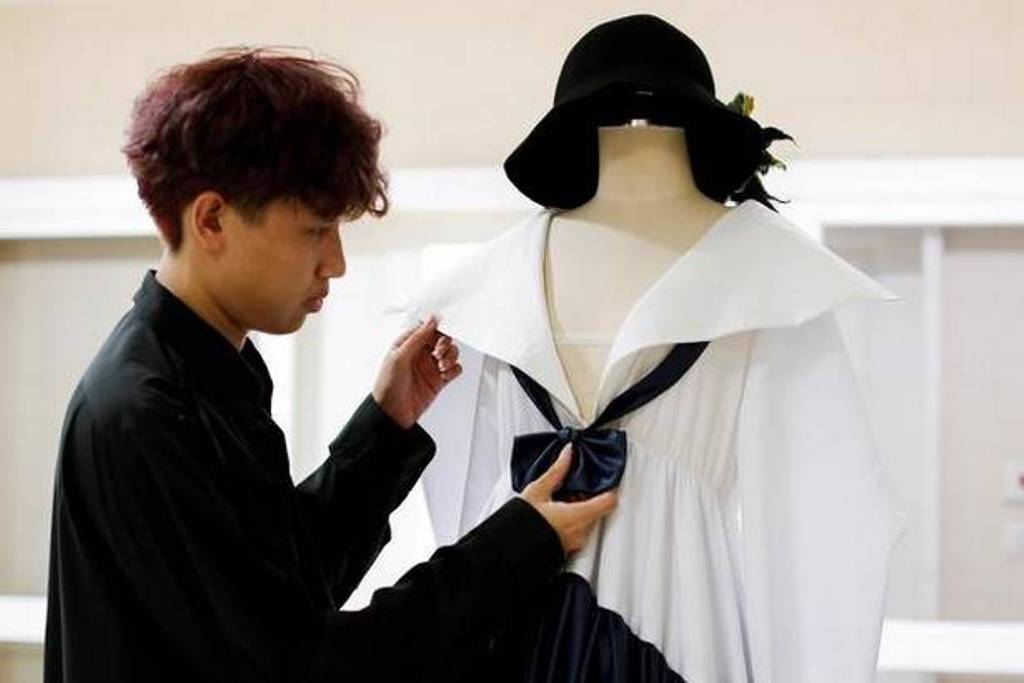 Thailand designer Tin Tunsopon has created school uniforms that show a rebellious streak against the dictatorship of School rules. School uniform rules are strict, down to how pupils’ cut their hair to the type of socks and shoes students are allowed to wear.

But as students across Thailand push back against what they call dictatorship rules and join a broader pro-democracy movement. This young clothing designer is throwing his support behind them in a colorful way.

Tin Tunsopon has taken the typical school uniform and created a more rebellious designs. Gone are the pleated skirts and white sailor shirts for girls and neat shorts and white shirts for boys. Tin has blown them up into exaggerated versions with huge collars and sleeve ruffles made from shoe laces.

“By re-creating these uniforms and giving them various designs. People can see that we should no longer be attached to the (traditional) uniforms anymore,” 23-year-old Tin told Reuters.

This detachment from tradition does not come cheap. The clothing line labelled the ‘rule breakers’ was launched in collaboration with the Wacoal lingerie brand in June, with prices ranging from 3,000 baht to a top end of 15,000 baht for a long pleat skirt with a big bow. Tin said they are designed for “modern day girls. Modern girls who are not afraid to express themselves and move with confidence”.

“The uniforms break away from the traditional forms, although [they] still resemble a uniform. I want to support kids to be as creative as they can,” said Tin.

Tin has named his label ‘Post-Thesis’, a nod to his graduation project at Bangkok University. Where Tin examined the purpose of uniforms and how they can be changed.

The rebellious movement sweeping through Thai high schools, dubbed “Bad Student” by Thai leaders. The rebellion has also found more affordable ways to express itself. Students have worn white ribbons, publicly hacked off their hair. They have also made “Hunger Games” salutes in a bid to shake up the country’s rigid education system.

The Legacy and Amazing Benefits of Wooden Dollhouses

The Legalization of Cannabis For Medicinal Use In Thailand