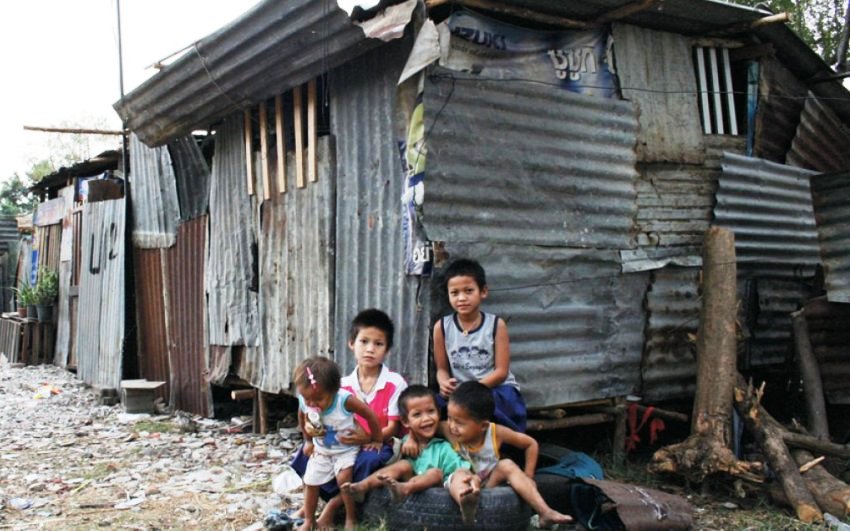 On the first day the Education Ministry online school program many poor children missed out as they had no access to a smartphone or internet to access for online classes. Many Thai children have found themselves unable to begin their new school term.

The problem has become a hot topic among netizens especially after cases emerged in Nakhon Ratchasima province of children prevented from joining online school.

Samran, 54, said that her grandsons are studying in Prathom 2 and Prathom 6, but their family is so poor that they cannot use the internet. Samran was upset that her grandchildren couldn’t attend online school.

Meanwhile, Pat, 60, said that her four grandchildren are studying in Prathom 1, 4, 6 and Mathayom one. But also had no way of starting their online school semester. She said that since the Covid-19 outbreak and lockdown, her family has barely had enough money to eat.

The education gap dividing the haves and the have nots threatens to become worse as online school starts. Many students live in remote areas of the country and do not have access to the internet.

A survey Conducted by Kasetsart University, found of 678 public and private school teachers in 67 provinces, 66 % of students do not have access to a computer, the internet or even electricity. Furthermore about 36% of students don’t have a smartphone.

The teachers concluded that only about 45% percent of students nationwide had the ability to attend online classes.

The hashtag #เรียนออนไลน์ (studying online) was ranked as the number one trending topic on Twitter. Above all as netizens voiced their problems. They included no learning materials; inappropriate teaching media; technical issues; unable to note content in time and website crashes. Students must register to attend classes running from 8.30am to 2.30pm under the supervision of their parents.

10 Facts About Child Poverty in Thailand

There have been countless efforts made in Thailand to address child poverty but there is still a lot of work to be done. The nation has set long-term economic goals to be reached by 2036. These goals address economic stability, human capital and equal economic opportunities. These goals will be crucial going forward to help fight child poverty in Thailand.