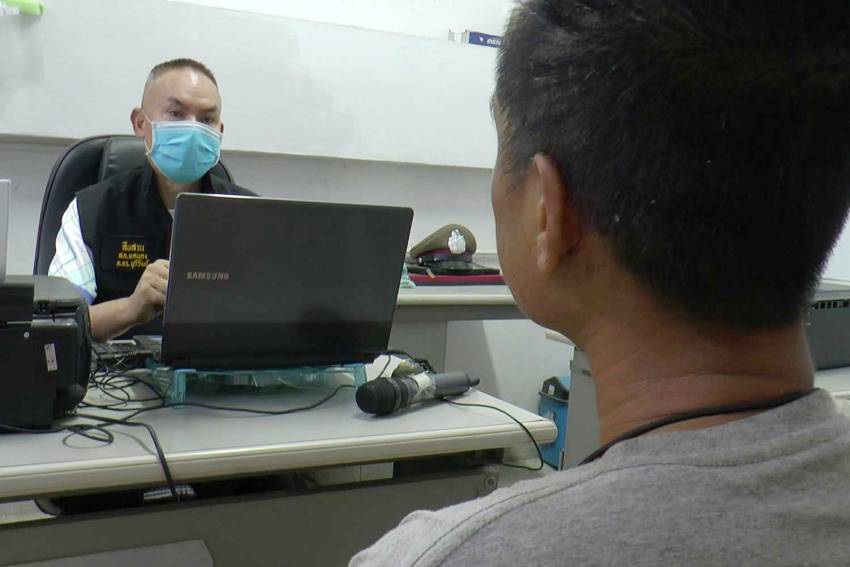 He told police the child cried out in pain until he stopped a few minutes later. According to the Bangkok Post he told police he raped the girl because his wife of 10 years had left him. He was lonely and drank heavily.

When he saw the girl on Monday he became aroused and so called her into his house.

After being raped the little girl ran crying and bleeding from the house to her grandmother. She told her grandmother what happened. The grandmother immediately took her grandchild to hospital. Doctors at the hospital confirmed the girl had been sexually abused.

The child’s mother then filed a complaint against her uncle.

The man was due in court later on Thursday, when police would apply to detain him for another 12 days, and oppose bail. Names have been withheld to protect the child.

Man Charged for Rape and Blackmail

Meanwhile, A man in southern Thailand has been arrested for allegedly rape. He then used nude photos to blackmail his victim into giving him 50,000 baht. Police apprehended the man at a house in Pattani’s, Yarang district, Thursday morning.

He was wanted on a warrant issued by the Samut Prakan Provincial Court for rape; performing obscene acts; taking and using obscene photos for profit and extortion.

The suspect, who lived in Pattani, has known the victim, 33, via Facebook since early this year. On March 20, he travelled to see her in Samut Prakan. He told her he was looking for a job and then asked to stay with her.

The woman initially refused but he successfully persuaded her to allow him in, according to a police investigation.

The man then seized this opportunity to rape her and then used his mobile phone to take her nude photos. He later allegedly blackmailed her into giving him the money. Threatening he would post the photos in social media.

After consulting her family, the woman refused to comply. Mr Maleekee then posted her photos on Facebook describing her as a sex worker. The woman filed a rape report with police.

Police to arrest the man who “of course” denied the charges. He was brought to Samut Prakan’s Bang Sao Thong police station for legal action.