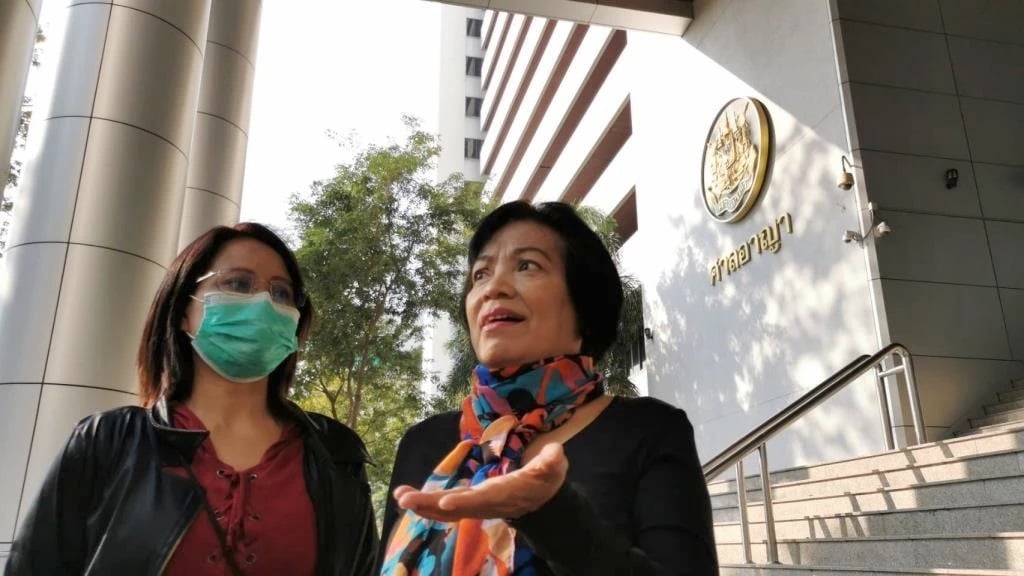 Since she confessed during the trial, the court halved the sentence to 43 years and six months. Earlier, she had been detained for three years and nine months during the investigation before being allowed bail in 2018. That period would be deducted from the sentence when the case is closed.

Until now, the lese majeste case with the heaviest jail term was 70 years imposed by the military court on a man for posting messages and images on 10 occasions in 2015. He confessed and the sentence was halved.

Anchan (family name withheld) was arrested in 2015 for uploading clips on 26 occasions on YouTube and three times on Facebook during 2014-15. The clips were voice recordings of a man known as Banpodj (pseudonym), a hardcore critic of the monarchy who had been active on YouTube and file-sharing websites before and shortly after the 2014 military coup. She was also charged with violating the computer crime law.

Banpodj, who created the content, was tried in a military court in 2015. After he confessed, his 10-year sentence was halved. Anchan, a former government official in her 60s, initially denied the charges but confessed during the trial after her case was transferred from the military court following the dissolution of the National Council for Peace and Order.

The court opined that by sharing the clips, Anchan enabled the public to view them. She immediately appealed the sentence but the court said the Appeals Court would decide on her request. She had to be detained in the meantime.

Each charge of lese majeste under Section 112 — insults, threats or defamation of leading royals — carries 3-15 years in jail. Following its application in a case in 2018, the law was suspended for almost two years.