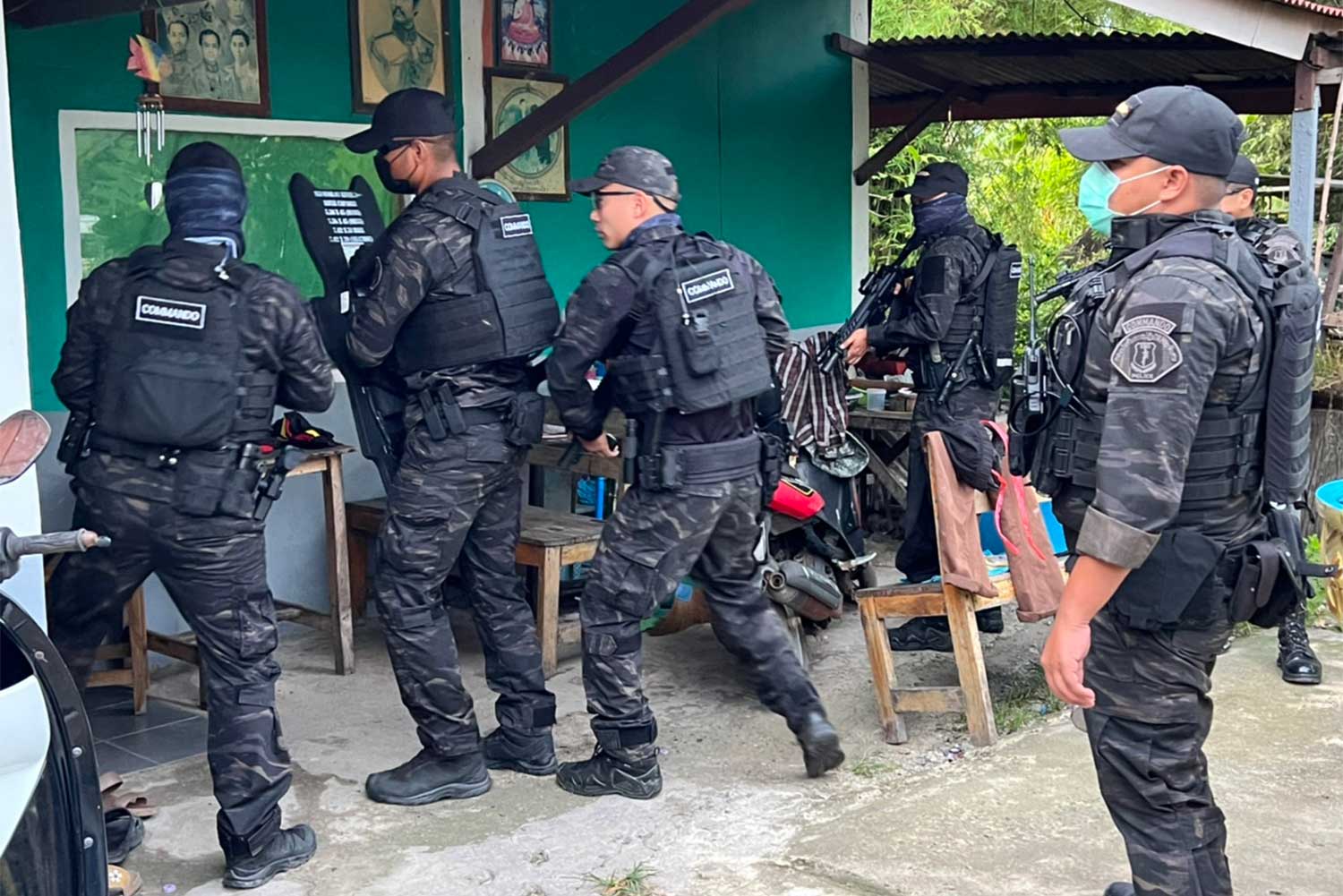 As a result of an attack on a truck in Nonthaburi that caused injuries and damage to the vehicle, Mr. Vorachet was wanted for attempted murder and violations of the Firearms Act. In Nonthaburi’s Muang district, he was arrested at Viphawan housing estate in tambon Bang Krasor.

Read: Over 2000 Police Deployed to Protect PM in Chiang Mai

Nakhon Si Thammarat authorities arrested Mr. Khom, 35. The suspect was wanted in connection with the alleged killing of Ekkarong Ruengnate in front of shocked passengers at a roadside bus pavilion in Tha Muang district of Kanchanaburi province. The handgun he used to shoot Ekkarong was a .45 calibre. In the district of Cha-uat, he was apprehended on a road.

The house of murder suspects Sathaporn Khaopongchan in Bang Nam Phrieo district was surrounded by commandos in Chachoengsao province. In spite of this, Mr. Sathaporn was nowhere to be found in the house or in the 40-rai compound. The home was also occupied by other family members.

During a land dispute in Bang Nam Phrieo in 2007, Mr. Sathaporn allegedly shot Uthen Lornor dead. His bail was later skipped after he was arrested by police. Previously, he had been convicted of drug offences.

All suspects confessed to the charges during questioning, according to Police Lieutenant General Jirabhop. There were some who were unaware that warrants had been issued against them.

Read: Police Seize Assets Worth US$2.9 Million from Drug Cartel

Mr. Vorachet was arrested after the attack and a lower court sentenced him to five years in jail. He claimed the gunshots were accidental and was allowed bail to appeal. He failed to show up to hear the Supreme Court’s ruling. In 2017, he opened a YouTube channel which had more than 100,000 followers.

In 2019, Mr. Khom fired shots at a vagabond outside a roadside pavilion in Tha Muang district, Kanchanaburi for stress relief. His arrest was confirmed by the Special Operations Police commander in Nakhon Si Thammarat. In this operation, he was in charge.

Among the other arrests was Thosaphol Udomdee, 42, who was charged with murder, setting a body alight, and destroying a corpse. Using a knife, he attacked a former air force officer who had refused to pay for a motorcycle tyre repair. According to him, the man tried to intimidate him before fleeing.

It is alleged that the suspect conspired with four accomplices to run down the man with a pickup truck. His body was set on fire after he was beaten and driven over with a pickup. Khon Kaen had been searching for Mr. Thosaphol for 15 years before he was arrested.