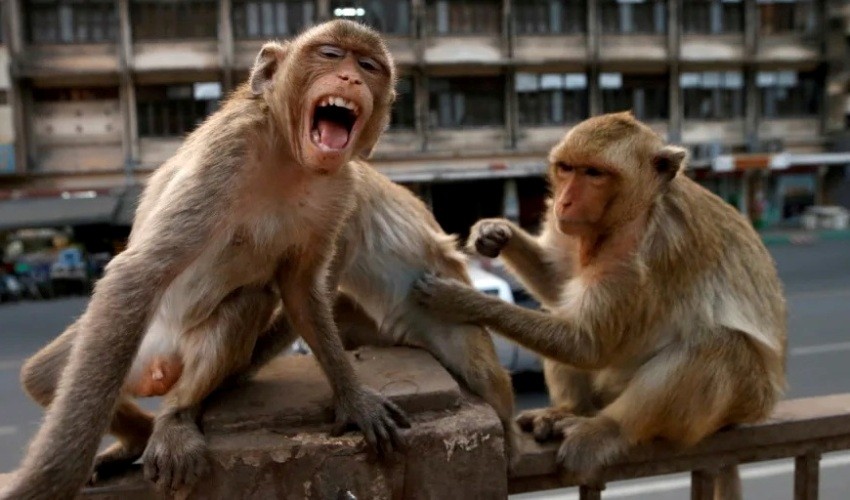 Wildlife officials have kicked off an annual scheme to sterilize hundreds of monkeys in Lopburi province to control the increasingly aggressive animals. Residents in the city have complained of how aggressive the monkeys have become.

Narongporn Doodduem, director of the Wildlife Conservation Department of Protected told the Bangkok Post the move had the backing of residents.For several years, the Ministry of Natural Resources and Environment has run the campaign.

Above all because residents living in Muang district have become exasperated by the behaviour of the monkeys. Despite their popularity with tourists, the Monkeys have become increasingly aggressive with local residents.

With a population of about 1,000, the monkeys frequently break into property and cause damage. They also interfere with infrastructure such as power lines, disrupting supply.

The majority of the monkeys live in historic sites in the middle of Muang municipality of Lop Buri province.

Monkeys Have a Turf War in Lopburi Thailand 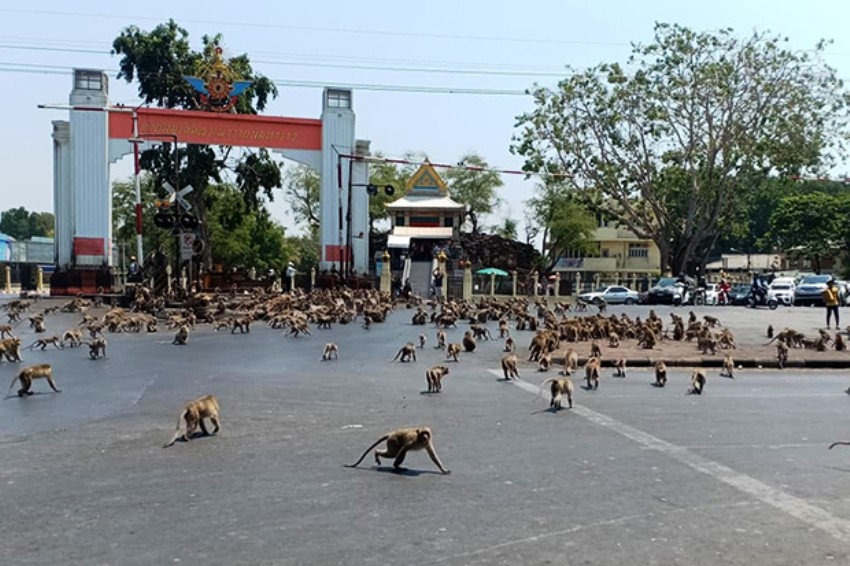 Officials on Sunday set a traps in the middle of the city and scores of monkeys were caught. They were taken to a state veterinary hospital to be spayed or neutered.

Mr Narongporn admitted the project remains a big challenge as the monkeys are intelligent and can be quite fierce.

“The officers must be well trained as the monkeys can fight back,” he said. “These monkeys know about the traps and will not be caught easily. They are pretty smart,” he said.

If the traps fail to snare enough of the monkeys, wildlife officials will also sometimes resort to using tranquilizers, he added.

However, the department official dismissed growing calls to transport the monkeys to forest areas away from the city. He said these Monkeys were not equipped to survive in the wild.

In March Lopburi was terrorized by monkeys who were seen fighting over limited amounts of food. Normally the monkeys are fed by hundreds of tourists but due to the outbreak of the covid-19, tourism dried up. Forcing the monkeys to find food on their own.

An onlooker, Sasaluk Rattanachai, who captured video said “They looked more like wild dogs than monkeys. They went crazy for a single piece of food. I’ve never seen them this aggressive,” Rattanachai said.

“I think the monkeys were also very, very hungry. They’re normally a lot of tourists here to feed the monkeys but now there are not as many, because of the coronavirus.

Many Thai Students Displaced as New School Term About to Commence

A Second Wave of Covid-19, Which Asian Countries Are Most at Risk?