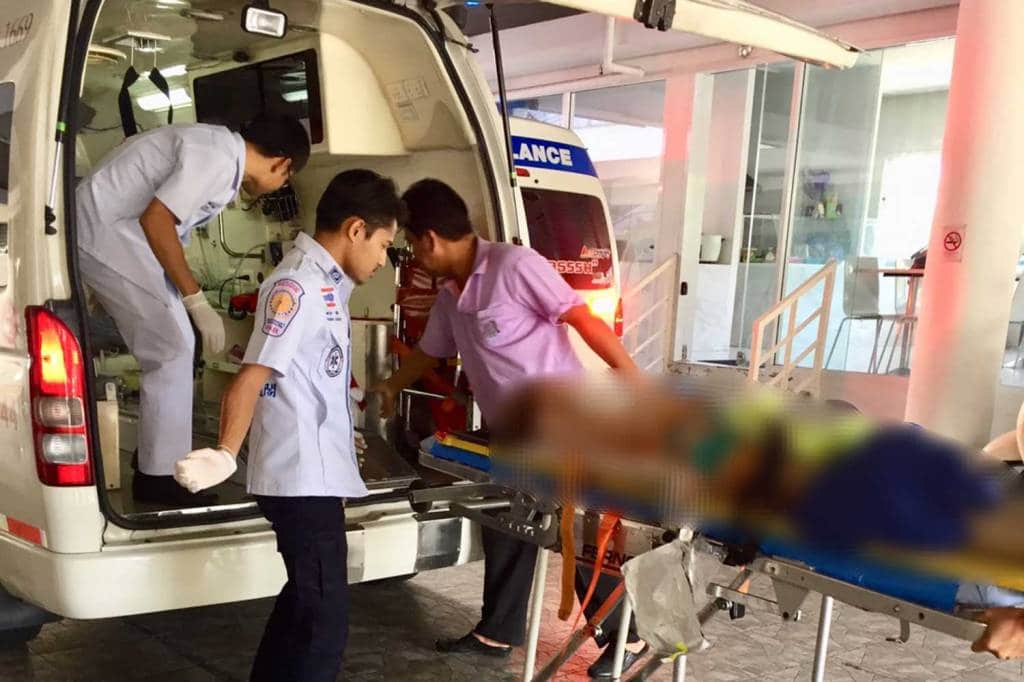 Police on the resort island of Koh Tao are investigation the drowning death of a wealth business man and his wife. Both were found dead on the bottom of a swimming pool at a seaside resort on Koh Tao in Surat Thani.

Upon arriving at the scene, police officers and rescue workers discovered the bodies of Mr Rakeshwar Sachathamakul, 59, and his wife Anshoo, 55, lying beside the swimming pool.

No signs of a struggle were found on the bodies.

Their son Ratish Sachathamakul, 34,was the first person to find the bodies, he told Koh Tao police that he went to have a walk on the beach while his parent were relaxing by the pool.

When he returned he discovered both of his parents lying on the bottom of the pool. Mr Ratish called hotel staff for help and took his parents out of the water.

Hotel staff called rescue workers who administered CPR immediately upon arrival but failed to bring Mr Rakeshwar and Mrs Anshoo back to life. Medical staff at Koh Tao Hospital later confirmed the cause of both deaths as drowning.

Col Kriangkrai told reporters that the CCTV cameras near the pool were broken at the time of the incident so there was no footage showing what exactly happened.

At this stage Koh Tao police believe that one of the spouses was swimming in the pool and at some stage needed help. The other person then came to the rescue, but both ended up drowning.

According to the Bangkok Post Mr. Rakeshwar was the co-owner and CEO of the Novotel Phuket Kamala Beach hotel in Phuket and owned the Bangkapi Mansion apartments on Sukhumvit Soi 12 in Bangkok.

He was also the managing director of Wireform A.N. (Thailand) Co, a manufacturer or precision springs and plastic parts for automotive and other industries, with plants in Rayong and Prachin Buri.

The island of Koh Tao, off the coast of Thailand, is often described as a paradise, however at least 11 foreign tourists have died or disappeared on the island since 2014.

All the deaths have been explained away by Koh Tao authorities as unfortunate accidents or suicides. But many cases appear very suspicious according to family members and insufficiently investigated.

Koh Tao has long had a reputation as a home for organized crime, corruption and as a place where the police protected local interests.  The island became world news when two British backpackers, David Miller and Hannah Witheridge were brutally murdered on the island in 2014.

Two migrant workers Zaw Lin and Wai Phyo from Myanmar were convicted for their murder. A judge found the workers guilty and sentenced them to death despite questions about DNA evidence and the police handling of the case.

The investigation of the Witheridge and Miller slayings was widely criticized as the crime scene was not properly secured, and questions were also raised about subsequent DNA testing.

Police major general , Surachate Hakparn, said in an interview that the police had cracked down on crime syndicates on Koh Tao since the backpackers’ double killing. “We admit that in the past, there was a mafia there that took advantage of tourist. Today, we have gotten rid of them.”

In August 2020, Zaw Lin and Wai Phyo had their death sentences commuted to life in prison to commemorate King Vajiralongkorn’s birthday and to show his “clemency”.

However, a lawyer for Zaw Lin and Wai Phyo told the BBC that the pair had not admitted their guilt when their death sentences were commuted. They still maintain their innocence, as they did throughout the trial. A royal commutation does not require an admission of guilt.