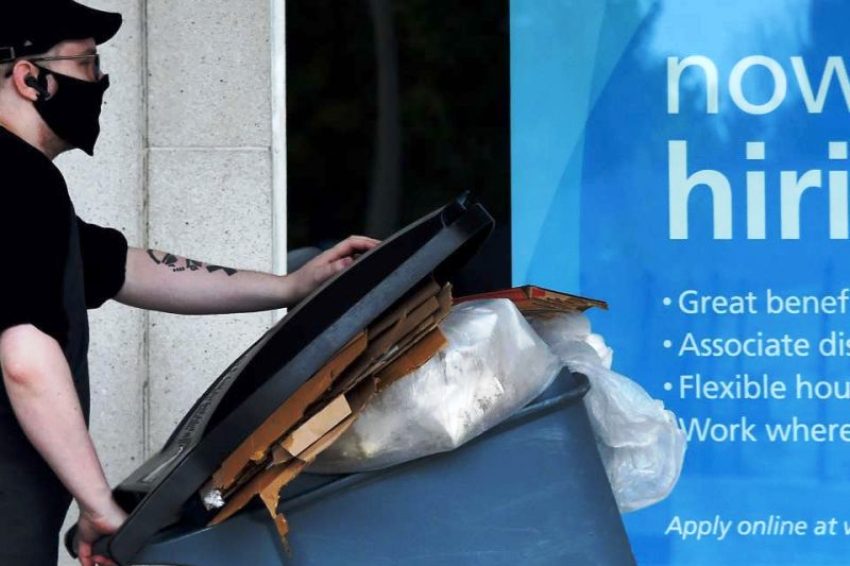 The US labour market unexpectedly rebounded in May, signalling the economy is picking up faster than thought defying experts predictions. Many pundits predicted doom and gloom from the covid-19 coronavirus pandemic.

Nonfarm payrolls rose by 2.5 million after a plunge of 20.7 million in April. Which was the largest since records began in 1939, according to Labor Department data on Friday. The employment rate fell to 13.3% from 14.7%.

Economists’ forecasts had called for a decline of 7.5 million in payrolls. Also a jump in the unemployment rate to 19%. No one in the survey by Bloomberg had projected improvement in either figure.

Treasury yields and US stock futures jumped after the surprise report, while the dollar spiked against the yen.

The unexpected improvement wasn’t limited to the US figures. North of the border, Canadian employment rose by 290,000 in May. Compared with forecasts for a slump of 500,000, Statistics Canada reported Friday.

The US data show an economy pulling back from the brink of disaster as states relax covid-19 restrictions. Furthermore businesses are bring back staff and there has been a rebound in the stock market.

Improvements in the labour market

At the same time, however, the lack of an effective treatment for Covid-19 — which has already killed more than 108,000 people in the US — means infections may persist and possibly surge in a second wave, with the potential to further shake the labour market and extend the economic weakness.

“These improvements in the labour market reflected a limited resumption of economic activity that had been curtailed in March and April due to the coronavirus pandemic and efforts to contain it,” the Labor Department said in a stateme

The latest figures may give a boost to President Donald Trump, who has fallen behind Democratic challenger Joe Biden in polls amid the pandemic. Recession and now nationwide protests over police mistreatment of blacks in America.

The numbers come amid a debate over the timing and scope of additional stimulus, with Democrats and Republicans at odds following record aid approved by Congress to cushion the impact of the downturn.

Employment a Big Win for Trump

Minutes after the release, Trump tweeted: “Really Big Jobs Report!” He plans to hold a news conference to discuss the report.

One caveat noted by the Labor Department: the unemployment rate “would have been about 3 percentage points higher than reported” if data were reported correctly, according to the agency’s statement. That refers to workers who were recorded as employed but absent from work due to other reasons, rather than unemployed on temporary layoff.

But the rate was little changed among African Americans, at 16.8%, the highest since 2010, amid the protests that have also drawn attention to economic disparities.