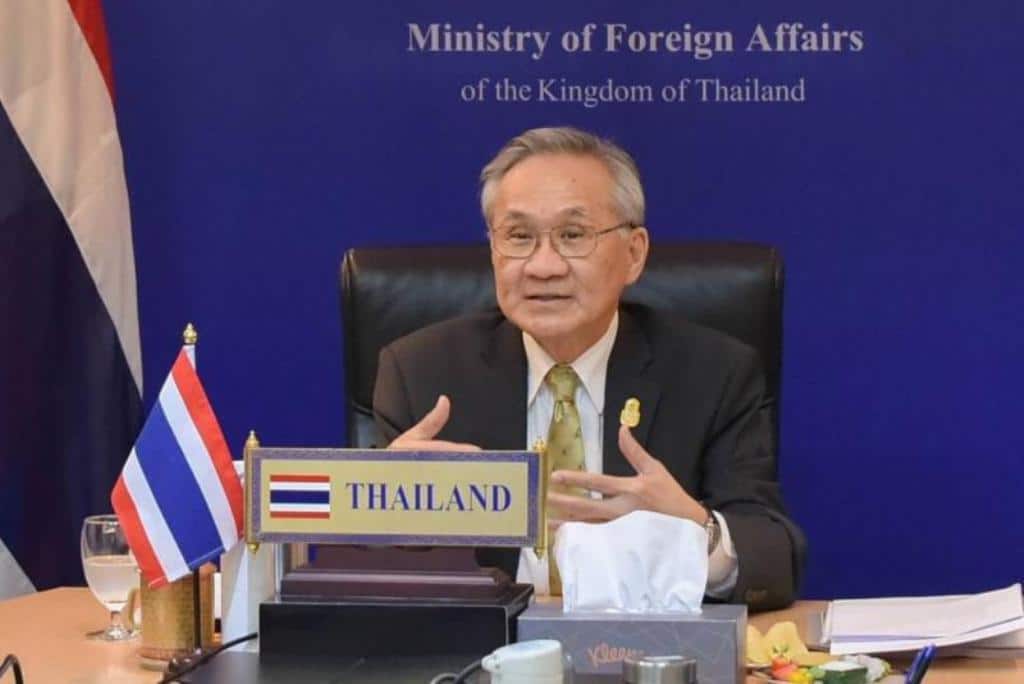 The Foreign Minister was addressing a question raised in the House of Representatives by Pheu Thai MP for Nan, Cholnan Srikaew. Because the US Senators called for Thailand to uphold democracy, human rights and the rule of law following the use of violence against the demonstrators.

The draft resolution, put before the US Senate Committee on Foreign Relations, was proposed by Senator Bob Menendez, a member of the committee, and Senator Dick Durbin. It was supported by seven other senators, including Thai-American Senator Tammy Duckworth.

Mr Don said the Foreign Ministry had looked into the matter and found evidence suggesting the resolution was linked to the work of political lobbyists. He insisted it was non-binding and would not have any impact on Thailand.

He said the US ambassador had in fact praised the Thai government during their meeting on Wednesday. Above all for its handling of the street protests and expressed confidence the political conflict would be resolved.

Thailand can handle its own affairs

The Foreign Minister considered the ambassador’s remark to be a sufficient answer to those concerned about possible US interference in Thailand’s internal affairs. He said the Foreign Ministry had responded to the US senators’ move by sending them a letter on Dec 10th. The letter thanked them for their concern, but informing them that Thailand was capable of handling its own internal affairs.

Mr Don said while the draft resolution received wide attention in Thailand, it had attracted none in the US, which was focused on its own internal problems.

“In Thailand the matter was spread due to several reasons,” he said, “but in the US no one paid attention. They are focusing on the deaths from the Covid-19 pandemic and the transition after the US election.

“The ministry was aware of concerns among Thais about this. As we looked into it, we found out that lobbying was at work.”

Dr Cholnan said he would ask the House committee on foreign affairs to look into Mr Don’s claim that lobbyists were behind the US senators’ draft resolution and he asked Mr Don to provide more information to the panel. Mr Don did not say which lobbyists were allegedly involved.

Mr Pita said if he met the ambassador, he would tell him Mr Don’s views did not represent the whole country’s.