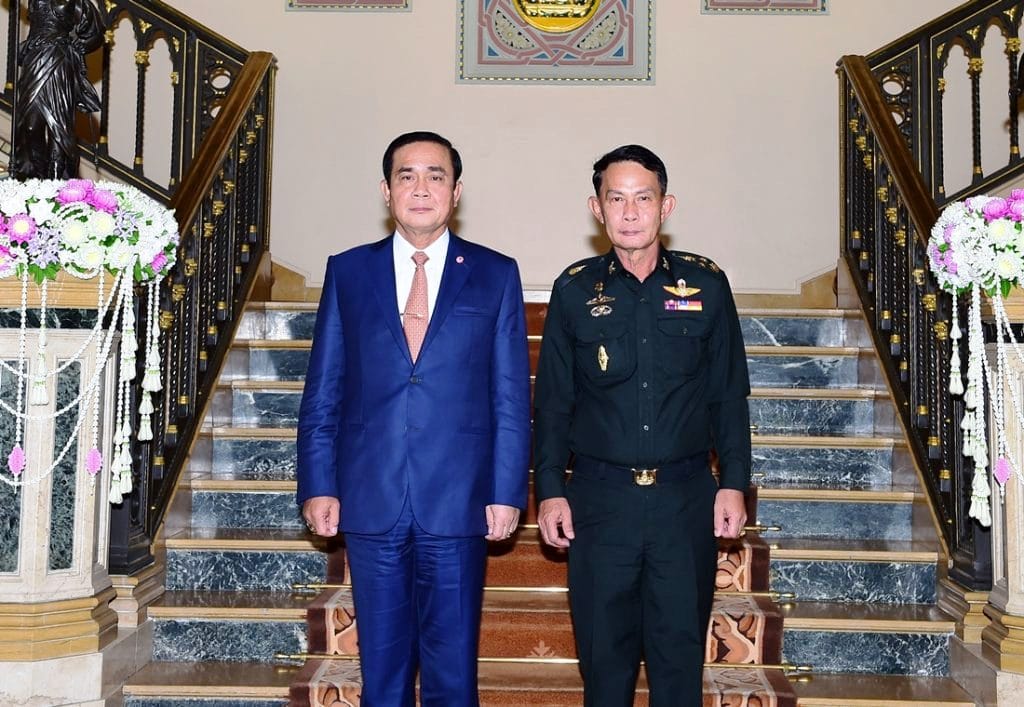 The National Anti-Corruption Commission voted 9-0 that there were grounds to the allegation against senator Gen Preecha. NACC spokesman Niwatchai Kasemmongkol told the media the NACC was in the process of laying charges against Gen Preecha.

Gen Preecha is to give further statements to the Anti-Corruption Commission before the case is concluded. After that the case will be submitted to the commissioners who will decide whether to forward it to prosecutors.

The Prime Ministers brother is accused of falsely declaring his assets and liabilities while serving with the National Legislative Assembly formed after the National Council for Peace and Order after his big brother toppled Yingluck Shinawatra’s government in 2014 with a military coup.

Gen Preecha was among 60 members of the National Legislative Assembly (NLA) who resigned from their posts this week ahead of taking up roles as senators.

The alleged false declaration has to do with Gen Preecha’s failure to include his house in Phitsanulok and a bank account belonging to his wife, Pongpuan, in the couple’s asset list.

The apple doesn’t fall far from the tree

Gen Preecha said he explained everything to the commission in January and February and would let the law run its course. He insisted that he filed his assets and liabilities properly.

The Prime Ministers little brother also drew fire for nepotism in 2016 for arranging a job for his son in the army’s civil affairs directorate, with the rank of acting sub-lieutenant. His son Patipat Chan-o-cha later resigned from the position.

Another son of Gen Preecha was a major shareholder in a construction company that won seven contracts from the 3rd Army Region between December 2014 and April 2016, worth a combined 97 million baht.

Gen Preecha has denied any conflict of interest.

The NACC also found grounds to allegations against three current MPs and one former MP who allegedly let fellow lawmakers use their voting cards in parliament, said a commission source.

In another NACC case, it is alleged that Thanikan Phonphongsarot, a Palang Pracharath Party MP for Bangkok, gave her card to a fellow MP to vote on her behalf. The six involved could face up to 20 years in prison, a fine of between 20,000 and 200,000 baht, or both.