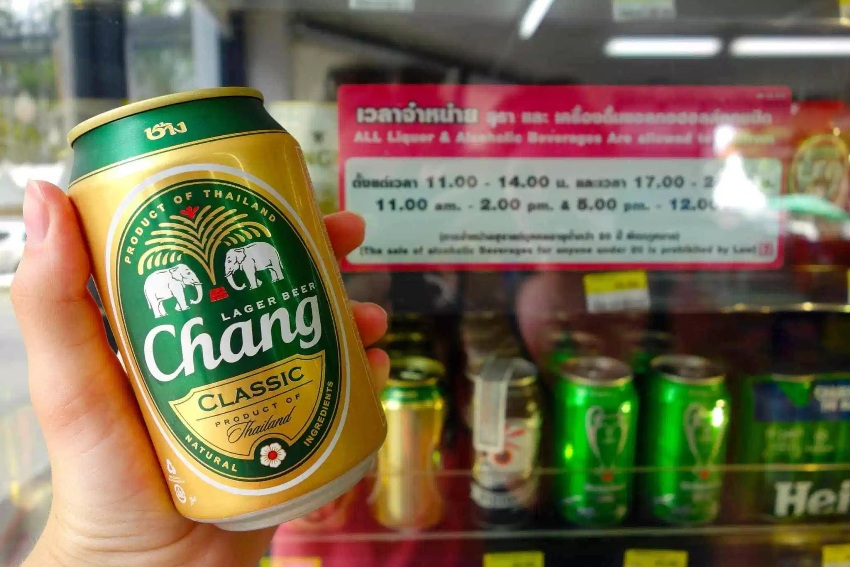 The Government of Gen. Prayut Chan-o-cha has done an about face on its draconian decision to ban alcohol until the end of May.  Sales of alcoholic beverages will be allowed again from Sunday.

The announcement was published on Friday in the Royal Gazette as part of the easing of some of the draconian measures imposed to curb covid-19.

The decision represents an about-face by Gen. Prayut’s government. Which said earlier this week that the alcohol ban would remain in effect until May 31. After it renewed the emergency decree for another month.

“Shops selling alcoholic beverages are allowed to open but consumption at the shop is banned,” said the Royal Gazette notice signed by Prime Minister Prayut Chan-o-cha. It will take effect on Sunday.

Restaurants will not be allowed to serve alcohol as part of the condition for their reopening from Sunday. Pubs and other entertainment venues where alcohol is served will remain closed.

The ban on alcoholic beverage sales was enforced for most of April across the country, with some provincial governors imposing curbs earlier than others. In Bangkok, it started from April 10.

The ban was aimed at curbing social gatherings, which increase the risk of coronavirus transmission.  Gatherings in pubs and other venues where alcohol was consumed were linked to dozens of Covid-19 cases. Consequently when the virus first started to spread in Thailand.

Further details of the lifting of the ban will be released on Saturday by the Centre for Covid-19 Situation Administration (CCSA), according to Somsak Rungsita, secretary-general of the National Security Council.

Mass Exodus from Phuket After Lockdown Thwarted by Governor