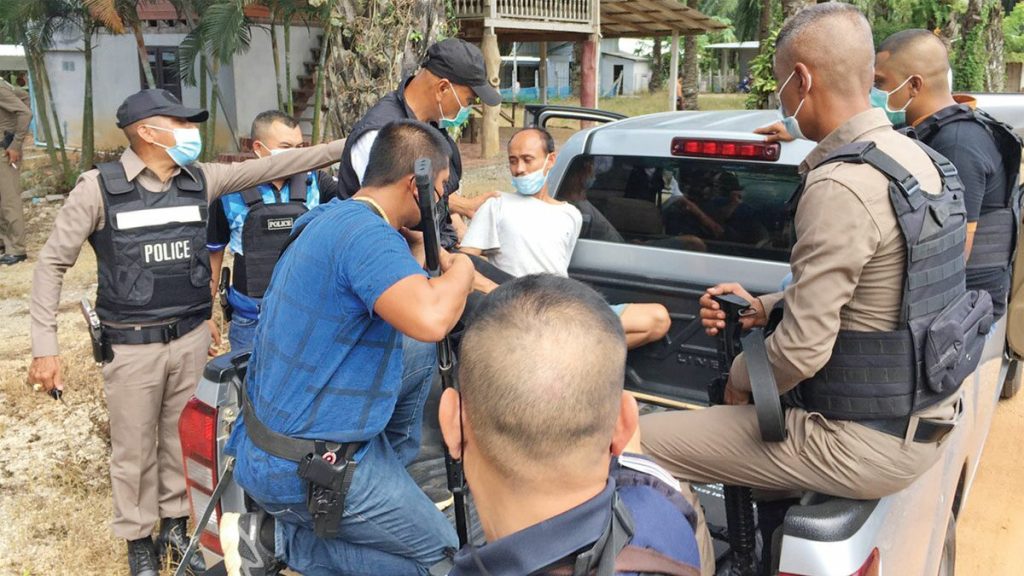 Police in southern Thailand have arrested a man just hours after he used a handgun to shoot his way into a hotel, where his wife and son were quarantined, to take them back home. The man was apprehended at a poultry farm in Muang district of Thailand’s southern province of Krabi.

The mans wife and son were in quarantine at a hotel in Ao Nang sub-district of Krabi, which is being used as a local quarantine facility for people considered to be at risk of getting infected with COVID-19.

The hotel security guard said a man arrived in a car, carrying a durian, and asked to see his wife and a son, who have been in isolation there for the past three days.

The guard, however, turned down his request, claiming that all visits are banned by provincial health officials and that there is a restriction on durian in the hotel.

The man, who was later identified as Somyot Kongsiri, strolled around the hotel compound for a while and then returned to his car to get a handgun. He walked toward the hotel, allegedly fired shots at the glass partition of the lobby and charged into the hotel to fetch his wife and son.

The guard told the police that he did not dare intervene for fear of his life, but later alerted the police station by phone.

A police team was dispatched to Somyot’s poultry farm and found the family of three having a meal there. Mr. Somyot was taken into custody and 3 handguns in a handgun safe were seized.

Mr Somyot told the police that he did not intend to hurt anybody when he fired his handgun, but merely wanted to take his wife and son home. He was also found to have shot and wounded a worker at his own farm.

The victim told the police that he didn’t know why he had been shot.

Mr Somyot was charged with the attempted murder of the farm worker, for carrying handguns in public without a licence and for discharging a firearm in public.