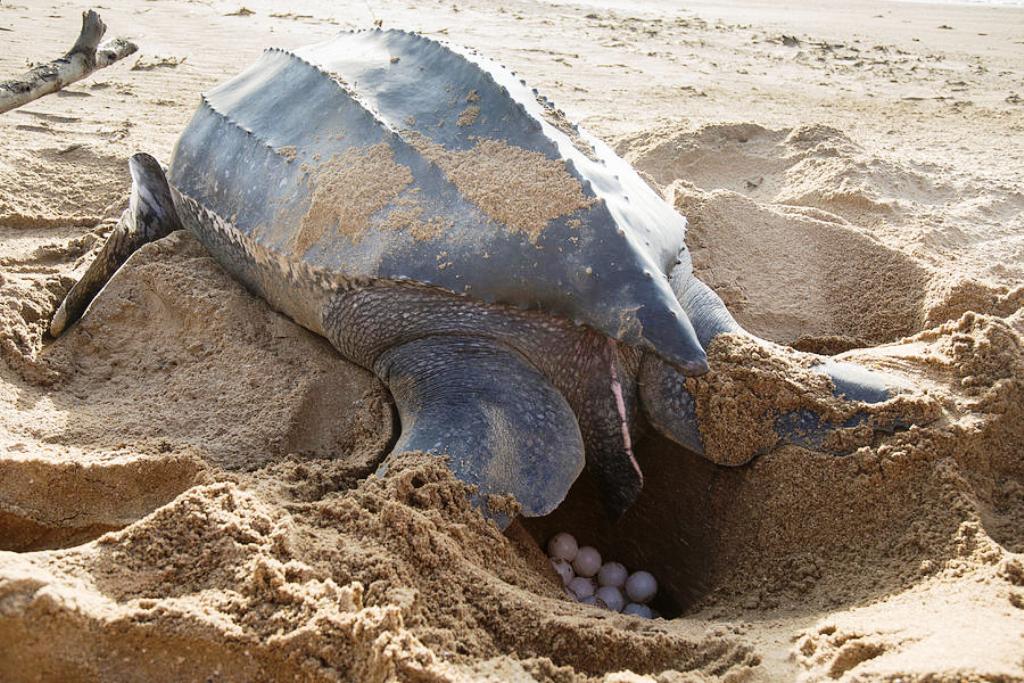 Phang-nga Park official have relocated eggs from leatherback turtle for safety reason in Southern Thailand. National park officials relocated the eggs to a nursery, to prevent the possible theft.

The nest was only 300 meters from a sea turtle conservation center, officials reported.

To ensure the safety, national park officers removed the turtle eggs and relocated them to a nursery.

Officials in Phang Nga are still offering a 100,000 baht ($3,000.00) reward to anyone who can provide information leading to the arrest of the person or persons who stole rare leatherback turtle eggs.

Phang Nga Governor Chamroen Thipphayaphongthada has ordered police officers and related agencies to expedite the search for the culprits. He has also called on people to help preserve the rare sea turtles. And above all stop collecting, selling and buying all kinds of turtle eggs.

The leatherback turtle is a protected species in Thailand

Wildlife Protection Act imposes a 3-15 year prison sentence. Even more a fine of up to Bt1.5 million for the theft and/or illegal possession of its Turtle Eggs.

Anyone who has any information on the theft to notify the Turtle Conservation Fund’s officials.