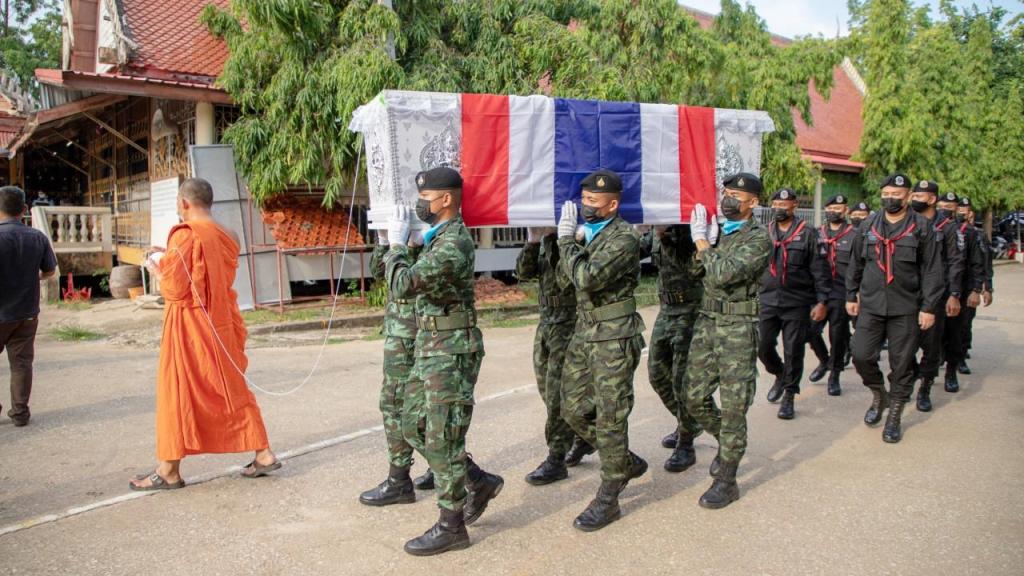 The attack on the Army Rangers base, near Ban Khae Lae in tambon Na Nak in Narathiwat, began about 2.50am. The armed insurgents threw pipe bombs into the compound and opened fire with military-grade weapons.

The army rangers returned fire with the fire fight lasted about 15 minutes and then the insurgents fled.

As they withdrew, the insurgents detonated bombs placed at several electricity poles, causing a power blackout in the area.

The government unit surrounded a house at a rubber plantation in Nong Chik district on Pattani about 3am, acting on information that insurgents led by Rosali Lamso were hiding there. The siege then extended into daylight hours.

No one surrendered, instead, gunshots were fired at the southern Thailand government force, which fired back, according to police.

When the shooting ended, the government troops cleared the area and found Rosali’s dead body.

Mr Rosali had been wanted under nine arrest warrants by police: