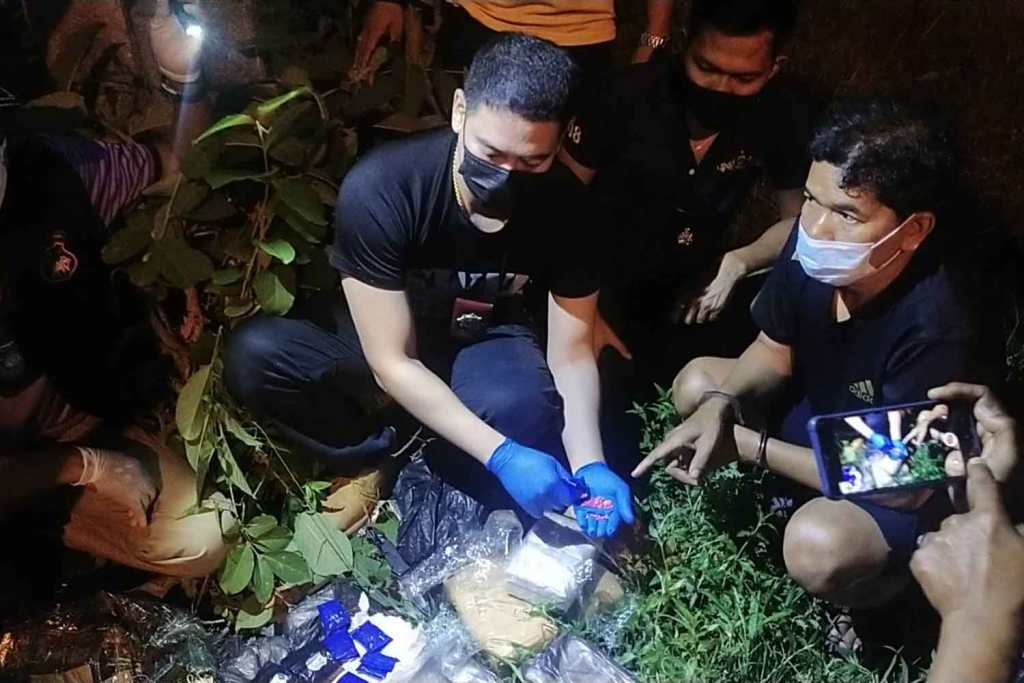 Border Patrol Police have arrested a drug runner and seized 200,000 methamphetamine pills in southern Thailand on Tuesday. He was arrested when the police stopped his Toyota Fortuner for a search on Highway 408 in tambon Ko Yo in Songkhla.

According to police they found100 packages altogether containing 100,000 meth pills in his Toyota Fortuner.

Songkhla police said under questioning Mr Pipat admitted he was hired by a Laos man called Noom to deliver the drugs from Nakhon Phanom in the Northeast to Songkhla for 400,000 baht. The methamphetamine pills were to be distributed to customers in Hat Yai, Chana, Thepha, Sabayoi and Na Thawi districts.

During police questioning, Mr Pipat said he met a Lao man called Si Siharat while he was serving time in the Nakhon Phanom prison on drug charges. It was Mr Si who introduced him to Mr Noom.

After being released from prison, he had been in contact with Mr Noom who later hired him to deliver the drugs. The methamphetamine pills were smuggled from Laos to Nakhon Phanom then transported to Southern Thailand.

Thailand has sought help from Laos to step up efforts against drug trafficking along the Thai-Lao border after drug smugglers changed their routes from Northern Thailand to the Northeast due to heavy suppression along the northern boundary with Myanmar.

The Thai military and its Lao counterpart are collaborating to prevent drug trafficking through the northeastern borders into Thailand.

The Royal Thai Armed Forces have formed a working group responsible for combating drug trafficking in Thai provinces bordering Laos. Twelve teams of officers have been set up to coordinate drug investigations and suppression operations.