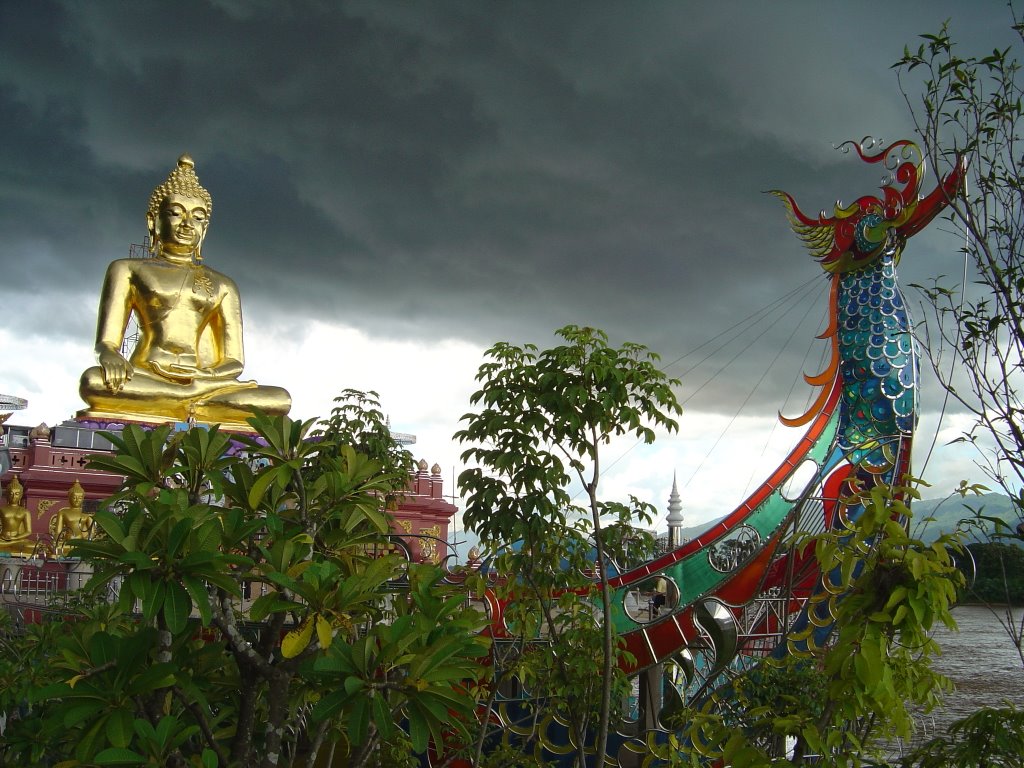 The Meteorological Department is warning residents of Chiang Rai and other northern province of severe summer storms. Summer storms could pound up to 48 provinces, mainly in the northern region, through Monday the weather agency warned.

The Meteorological Department expected the summer storms to unleash strong winds and possible downpours in all regions except the South. Northern provinces will be particularly vulnerable, it warned.

At least five provinces in the northeastern region were damaged by summer storms on Friday and Saturday. Above all no fatalities or injuries were reported, according to a situation update from the Disaster Prevention and Mitigation Department on Sunday.

Khon Buri and Soeng Sang districts of Nakhon Ratchasima were among areas hit hard by turbulence on Saturday.

Strong wind blew away the roofs of 30 houses in the two districts, according to local leaders.

Sarmakha village chief Boonchob Ngobkrathok said gusty winds and hail lashed the village in Khon Buri for almost one hour, while Chanadilok Nintharatch, the Tambon Organisation Administration chief in Soeng Sang, said a warning had been issued to all villages in Sra Takhien for the coming week.

The predictability of the annual surge in pollution and the lack of effective preventative action have angered city residents and also concerned civil society groups.

Pollution levels peak in northern Thailand during the burning season — normally in March and April — when crop waste burning and forest fires fill the air with particles, creating a haze so dense that Doi Suthep mountain, on the western edge of the city, is obscured.

The issue is complex, involving large-scale contract farming, deforestation and encroachment, and a multitude of socioeconomic factors. But as the severity and awareness of the problem have increased, there is now more data available to pinpoint the causes and sources of the smoke, which could provide a means to finding a solution.

Japanese Expats Conned Out of 40 Million Baht in Northern Thailand