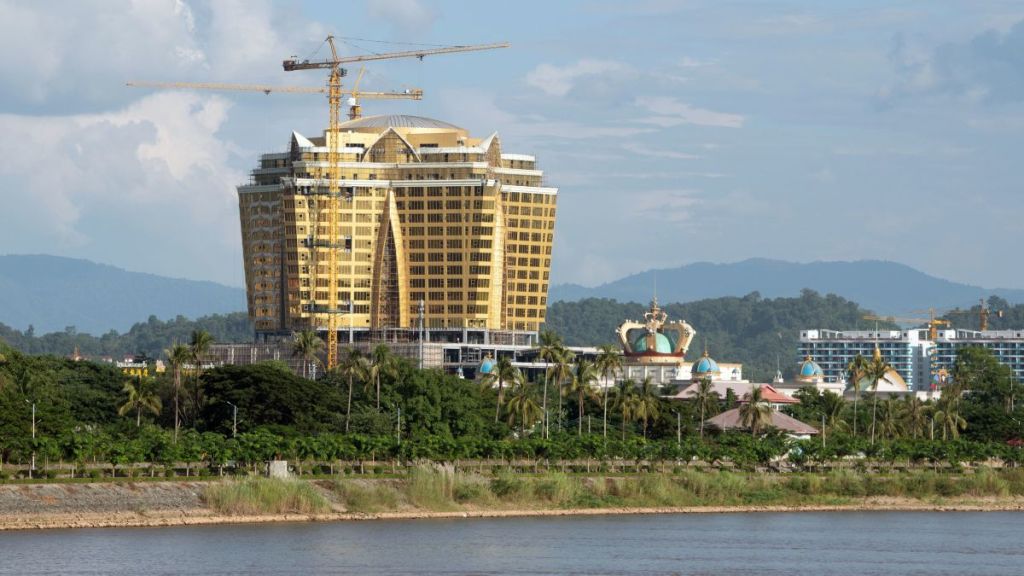 Dr. Sisavath Southanilaxay, deputy director of Laos’ Department of Infectious Disease, and a representative of the country’s COVID-19 protection unit, told RFA Monday that the country had confirmed 47 new cases of the covid-19 coronavirus.

Of these, 38 were in Bokeo province, home to the Golden Triangle Special Economic Zone (SEZ), Casino’s which caters to Chinese tourists.

Bokeo is one of Laos’ hotspots for local COVID-19 transmission. Local media reported Monday that of the northwestern province’s 345 confirmed cases, 199 were Laotians, and 95 were Chinese. The rest were 41 Myanmar citizens, nine Thais and one Vietnamese.

The Thailand-based Manager Online news website Friday reported that most of the province’s transmissions have occurred within the SEZ, with the rest occurring in nearby Tonpheung district.

A member of the province’s Taskforce Committee for COVID-19 Prevention and Control said that lax enforcement on movement restrictions were to blame for increasing caseloads.

“A lot of workers sneak out of the SEZ and spread COVID-19 in the community,” the taskforce member said.

“Our doctors and nurses from all five districts of the province are now focusing on the SEZ trying to contain the spread. The biggest problem is that there are up to 5,000 workers of many different nationalities in the SEZ and almost all of them are not working because of the lockdown, so they have nothing to do and nothing to eat.  That’s why they sneak out,” the taskforce member said.

An official of the Health Department of Bokeo Province told RFA, “Because the number of new cases keeps increasing in the SEZ and Tongpheung District, we’re spraying and disinfecting in many places including the market, offices and homes where infected people live.”

A worker who is stranded in the SEZin Laos told RFA that police were blocking the roads that lead to the outside.

“If they see workers sneak out from the SEZ, the police will take them straight to a quarantine center,” said the SEZ worker. A resident of Tonpheung told RFA, “We’re just waiting at home for the vaccine rollout.”

Meanwhile, Border police and army soldiers are stepping up patrols in Northern Thailand to prevent border jumpers with covid-19. Authorities are trying to stop people entering the country illegally and halt the spread of Covid-19.

He inspected border checkpoints in the district, checking their readiness to prevent illegal entry.

Pol Maj Gen Trairong said checkpoints had been set up along roads, waterways and natural foot trails to block all possible channels for illegal border crossings from Myanmar. Border patrols have also been strengthened in northern Thailand’s Chiang Mai,Nan Provinces and above all the Golden triangle in Chiang Rai province.

In northeastern Thailand an army patrol arrested 49 illegal Myanmar migrants from Myanmar and their three Myanmar guides early on Tuesday morning near a border village in Kanchanaburi province.

A patrol from the Lat Ya Task Force, guided by information from local informants, found the 25 men and 24 women and their three Myanmar guides hiding near Ban Pratudan, Moo 14 village, in tambon Ban Kao.

Illegal border crossers, both Thai and foreign nationals, have been caught trying to avoid the Covid-19 screening process and 14-day quarantine.

Health experts have expressed concern over the coronavirus variant first identified in India being carried into Thailand unchecked by illegal migrants, saying border security needs to be heightened.