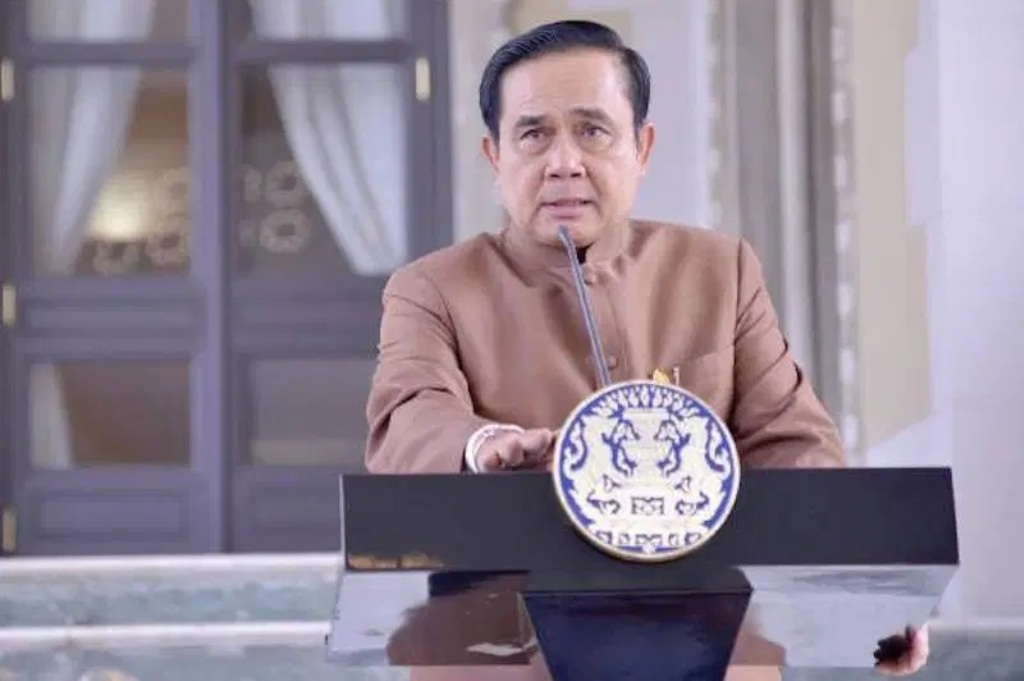 Thailand’s Prime Minister said Thursday he would be happy to have a better person replace him claiming he is tired of using his authority. Telling reporters that he had never expected or wanted to be prime minister.

“If in the future, there is a person who is better, more capable and more honest than me, similarly honest, [he or she] would continue the work and be in charge of the country,” Prime Minister Prayut Chan-o-cha  said.

“But being in power is not a fun matter. Furthermore I’ve exercised a lot of power when I was the army chief for four years. I am fed up with using power. I used the power to take care of good people and consequently punish people who do bad things. Only two [kinds of exercising power] are difficult enough already.”

He made his remarks as a keynote speaker at a course-opening event at the Thailand National Defence College. He said he had never expected to be prime minister and was surprised he had been in the post for six years.

“Many people accused me of using the power illegally, I also don’t know where I have broken the laws. I comply with all the laws,” he said. He asked for the people to help promote national unity and said the 20-year national strategy does not mean he intends to stay in power for 20 years. “I might die today or tomorrow, nobody knows,” he said.

Meanwhile, anti-government protesters will hold a major rally on Sunday at Democracy Monument with a plan to march to an undisclosed location. The United Front of Thammasat and Demonstration (UFTD) announced on its Facebook page they will start their rally that day at 4pm.

The UFTD urged anti-government protesters to turn out to reiterate their three core demands: Gen Prayut’s resignation, a charter rewrite and monarchy reform.

Furthermore, Anont Kingkaew, a member of a royalist group, on Thursday said his group had lodged a complaint with Tha Phra police station against a group of protesters who took part in the anti-government rally near Tha Phra intersection on Monday for inappropriate behaviour towards the royal institution. He did not say what happened.

He noted his group will not hold a counter rally in Thailand on Sunday at Democracy Monument as some had claimed.

Instead, royalists are planning to gather at Bangkok’s Ramkhamhaeng University the following day to show their support for the monarchy.

Patsaravalee “Mind” Tanakitvibulpon turned up at a Bangkok Police station for the Oct 26 rally near the German embassy, while Piyabutr Saengkanokkul and Pannika Wanich, core members of the Progressive Movement, reported to Phaya Thai police station to hear their sedition charges. – Bangkok Post