Here is All You Should Know About Natural Soap

Cannabis And Thailand: Everything You Need to Know 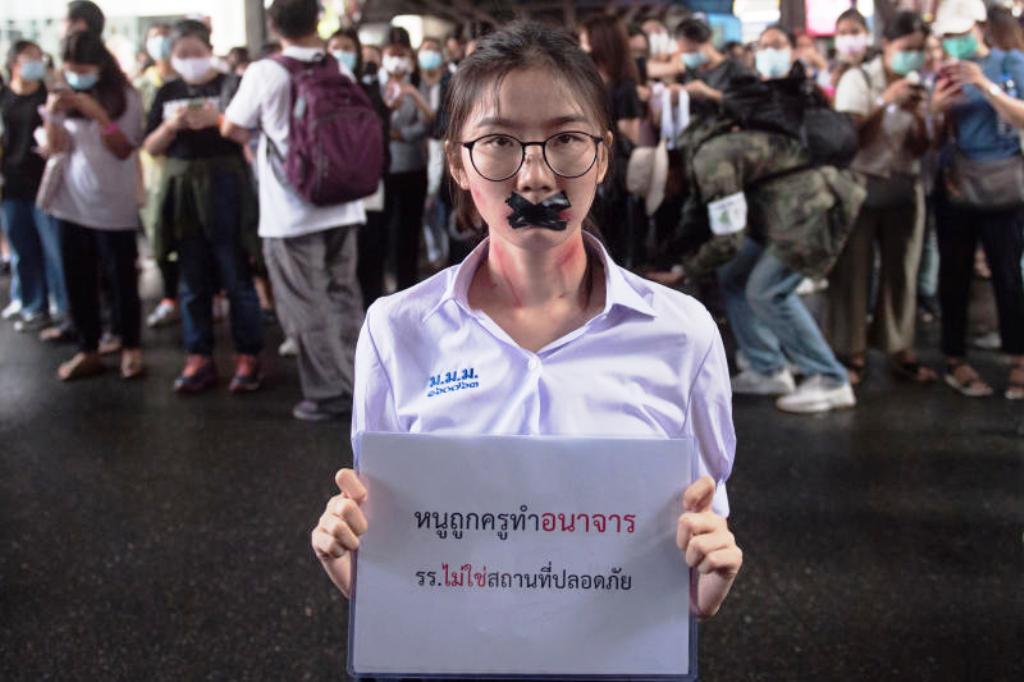 A 20 year-old woman has stirred controversy on social media after claimed she was a victim of sexual abused in her high school.  Nalinrat Tuthubthim, 20 posted a photo of herself dressed in a high school uniform with tape covering her mouth and a placard alleging sexual abuse in Thailand’s schools.

Since posting the image she has drawn threats of legal action for misrepresentation and “soiling Thailand’s image.”

The issue is the latest on which discussion has become more vocal as an anti-government protest movement seeking reform of the monarchy also emboldens people in a society where conservatism has often constrained criticism of the powerful.

“I hope my case will raise awareness for people in society, for students in schools, for adults who send children to schools, for teachers and for the Ministry of Education,” Nalinrat Tuthubthim, 20, told Reuters.

Ms Nalinrat, now a university student, had made allegations on social media of being sexually harassed at school several years ago.

But she grabbed attention at the weekend when she dressed in a high-school uniform at a protest in Bangkok, put black tape over her mouth and held up a placard that read: “I have been sexually abused by teachers. School is not a safe place.”

Detractors criticized her for not being a real high-school student and she was bombarded with abusive messages. Some shared screen-grabs of her Instagram account showing recent pictures in which she had modeled revealing outfits.

“When a non-student wears school uniform, when you draw this much attention from society and from social media, you need to take responsibility for it and what follows,” said Pareena Kraikupt, a member of parliament for the Palang Pracharat Party of Prime Minister Prayut Chan-o-cha.

Ms Pareena told Reuters she was planning to file a police complaint against Ms Nalinrat for wearing a school uniform when she was not a school student, but also to call for a police investigation into her former school over the alleged harassment.

Senator Somchai Sawangkarn condemned Ms Nalinrat for damaging Thailand’s image and said she should be punished if an investigation of her accusations found them to be untrue.

Ms Nalinrat said it was their right to criticize and take legal action but she would defend herself.

While she has faced thousands of negative comments on social media, her supporters have argued that the message should not get lost in the questions over whether she chose the right form of protest.

“Successive governments have promised to make schools safe for children but little has been done in reality to end sexual harassment and other abuses,” said Sunai Phasuk, a senior researcher at Human Rights Watch.

“Children refuse to be silently submissive in the face of an education system that fails to protect them,” he told Reuters.

When asked for comment on the allegations of harassment, an official at the education ministry noted that this year it had established a Student Protection Center to tackle sexual harassment and set up a committee to investigate reports of it.

In a high-profile case in March, a teacher was put under investigation after students accused him of molesting students in exchange for better grades. But student groups say the problem is far more widespread, both in school and beyond.

Alongside the broader demands of the youth-led protest movement, students are also campaigning for greater freedom and gender equality in schools they say are designed to instill archaic principles of obedience rather than to educate.

A YouGov poll in 2019 found that one in five Thais had experienced sexual harassment, with men almost as likely to face it as women. The most common form of sexual harassment was sexual assault – reported by 44% of those who had suffered harassment. Only 10% said they reported incidents to police.

“Schools are a place where rates of sexual harassment are high,” said Bajrasobhin Maneenil of the Feminist’s Liberation Front Thailand group.

“Students have been sexually abused by both teachers and students but schools and this society still do not provide solutions for victims to take legal action or get therapy.”

Thailand’s Ministry of Education has launched a center for sexual assault victims protection to proactively suppress sexual assaults in schools and campuses. The centers launch comes after news of sexual assaults by teachers becoming more common.

The center will serve as the Ministry of Education’s central agency to tackle issues of sexual assaults. Promoting immunity and safety among students as a preventative measure. Suppressing and solving existing issues while stopping newer ones. Furthermore providing protection and compensation to victims of sexual assaults by teachers.

The center has so far received 16 cases, which have led to the revocation of teaching credentials, or suspension.

The Genius of Lee Byung-Chul and the Rise of Samsung