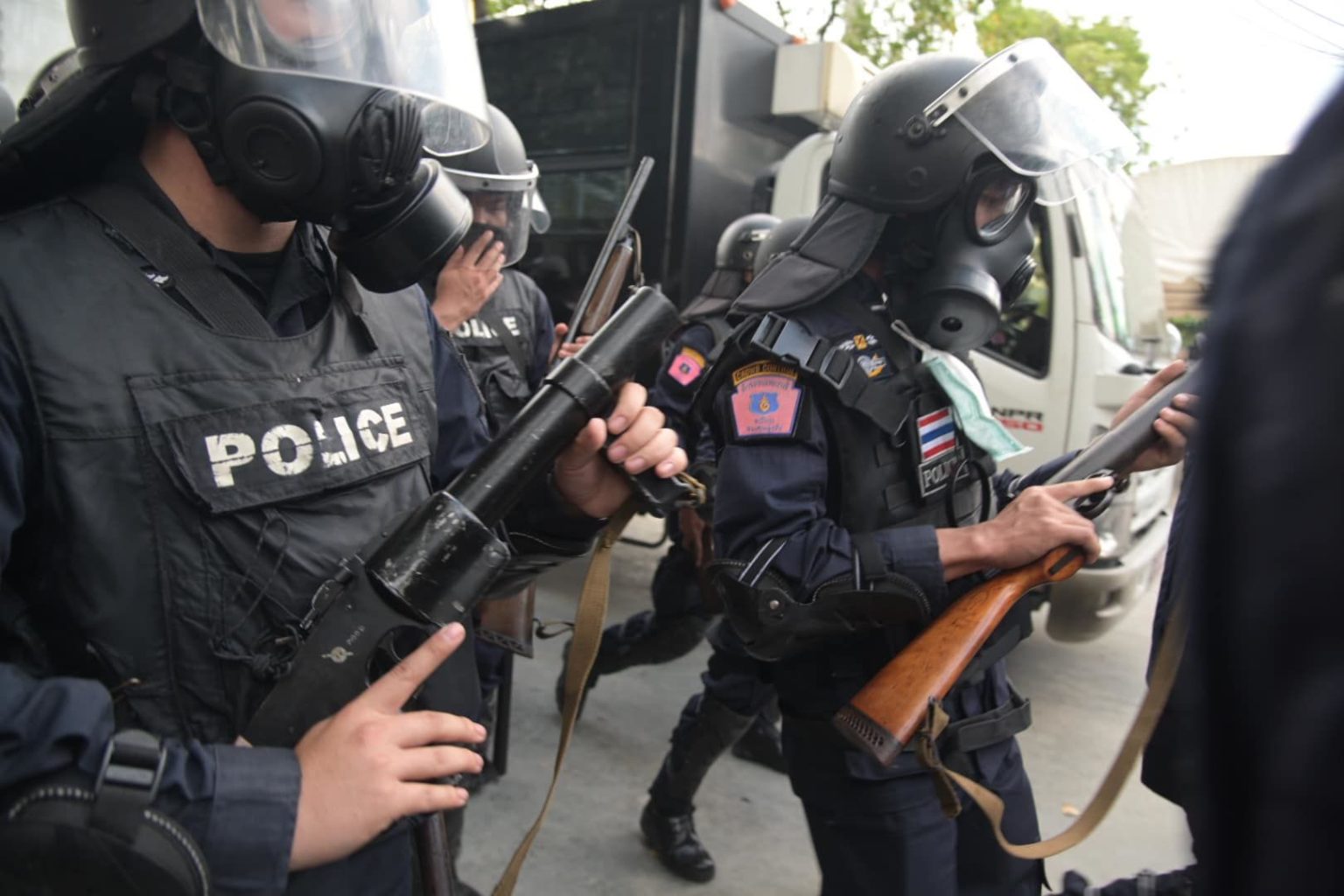 A policeman died and 32 people were injured in clashes between police and pro-democracy activists at a demonstration on Sunday.  The demonstration was organised by the Restart Democracy group in Bangkok.

Police Lt-Colonel Wiwat Seritsanit, a deputy inspector at Thammasala Police Station, died in the emergency room of Rajavithi Hospital after suffering a heart attack during duty.

Erawan Emergency Medical service centre said on Monday that 33 people – 23 officers and 10 protesters — were admitted to hospitals after the rally in front of the 1st Infantry Regiment on Sunday.

Prime Minister Prayut Chan-o-cha on Monday defended the way police handled the anti-government rally on Sunday in front of the 1st Infantry Regiment barracks. Insisting crowd-control measures were in compliance with international standards.

Riot police from the Metropolitan Police Bureau (MPB) used tear gas, rubber bullets and water cannon to block the protesters from approaching the prime minister’s residence in the barracks. 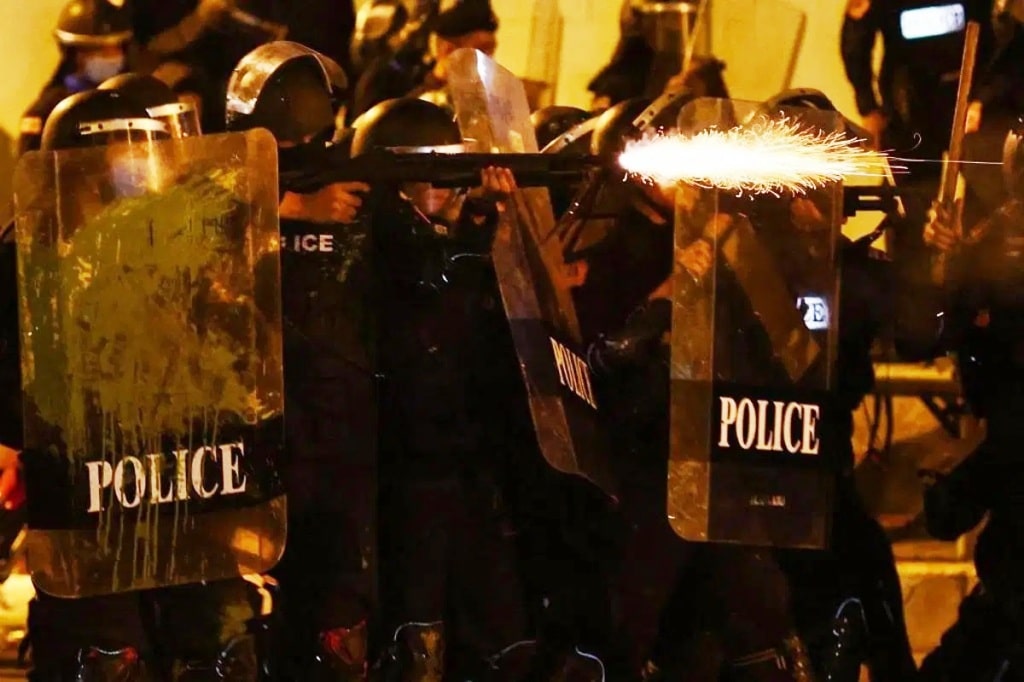 MPB commissioner Pol Lt Gen Phukphong Phongpetra admitting on Monday that rubber bullets were used to quell violence before the situation spiraled out of control.

In defence of police actions, Gen Prayut said the protesters had advanced into police and restricted areas and assaulted police officers, so officers needed to respond to the situation.

“I insist the crowd-control measures were in accordance with international standards and police did not violate the protesters’ rights,” Gen Prayut said.

Gen Prayut also expressed sympathy for police who were told to exercise restraint in the face of violence and ended up injured.

Thirty-three people, 23 police and 10 protesters, were confirmed injured during Sunday’s rally and 22 protesters were detained by police. A police officer, Pol Capt Wiwat Sinprasert, of Thammasala police station, died of a heart attack while on duty. The demonstration was organised by Restart Democracy (REDEM) — the latest incarnation of the Free Youth group that had previously rallied against the government and campaigned for reforms of the monarchy.

Deputy Prime Minister Prawit Wongsuwon said on Monday the situation called for the use of rubber bullets and police actions were in line with standard procedures. He said it was not yet time to call in troops to join police in crowd-control operations.

National police chief Pol Gen Suwat Jangyodsuk said police actions were not intended to disperse the protesters but to arrest those who physically assaulted officers. He noted that the Sunday’s protest was different from previous rallies in that some demonstrators started off by attacking police.

“We’ve discussed it several times that we will enforce the laws where necessary. If the protesters didn’t harm officers or destroy barriers, we wouldn’t have had to act. And the protesters, they were unable to control each other,” he said.

When asked about police’s choice of crowd-control weapons, Pol Gen Suwat said the tools were deployed based on the situation and rubber bullets and batons could cause serious injuries if they were not used properly.

“The weapons have their own functions and the situation dictates which one should be used,” he said, noting that batons could not be used against protesters who used slingshots to launch stones at police. Pol Lt Gen Phukphong said some of the demonstrators also rallied outside Din Daeng and Suthisarn police stations and set fire to police cars. He said a total of 90 police were injured in the clashes with 27 being treated at Police General Hospital.

Of 22 detained protesters, 18 were sent for questioning at the Border Patrol Police Region 1 in Pathum Thani while four others, who are youngsters, were taken to Suthisarn police station and their cases would be heard in the Central Juvenile and Family Court.

The opposition Pheu Thai and Move Forward parties on Monday slammed the use of force against the protesters and called on police to follow international standard procedures in crowd-control operations.

Move Forward MP Rangsiman Rome criticized the use of rubber bullets, saying they were fired at random, not at specific targets.