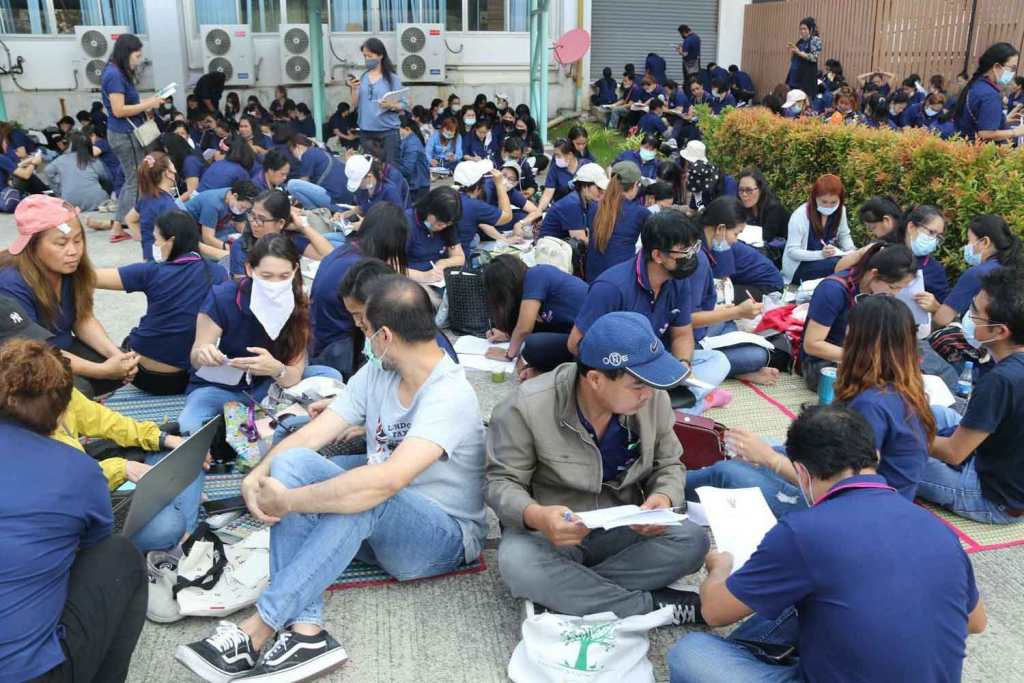 Over a thousand workers have been thrown out of work by lingerie manufacturing factory Brilliant Alliance Thai Global Ltd’s abrupt closure of its factory in in central Thailand. The closure announcement was posted effective from Thursday.

The lingerie manufacturer 1300 strong workforce, mostly employed in the production department told the Bangkok Post they were in a state of shock.

The lingerie manufacturer’s announcement said its business had been directly affected by the economic slump, in both Thailand and globally, from 2019. The economic slump was made worse by the Covid-19 pandemic.

Exports of its lingerie products had dropped dramatically leading to accumulated debts that forced it to close down the business from March 11.

One laid-off worker, who asked not to be named, told Thai Media the company gave them no advance warning at all. Most of them learned of the closure on Wednesday evening, and some not until Thursday morning.

She said the factory’s closure was understandable, but the company should have sent  representatives to explain to them in advance about compensation they were entitled to under labour law.

The Labour Ministry sent officials there to inform them about compensation entitlements and their right to unemployment benefits.

Tables were set up for the laid-off employees to fill out job application forms, in hope of future employment opportunities.

Thailand’s Defence Ministry Looks to Axe Up to 350 Generals