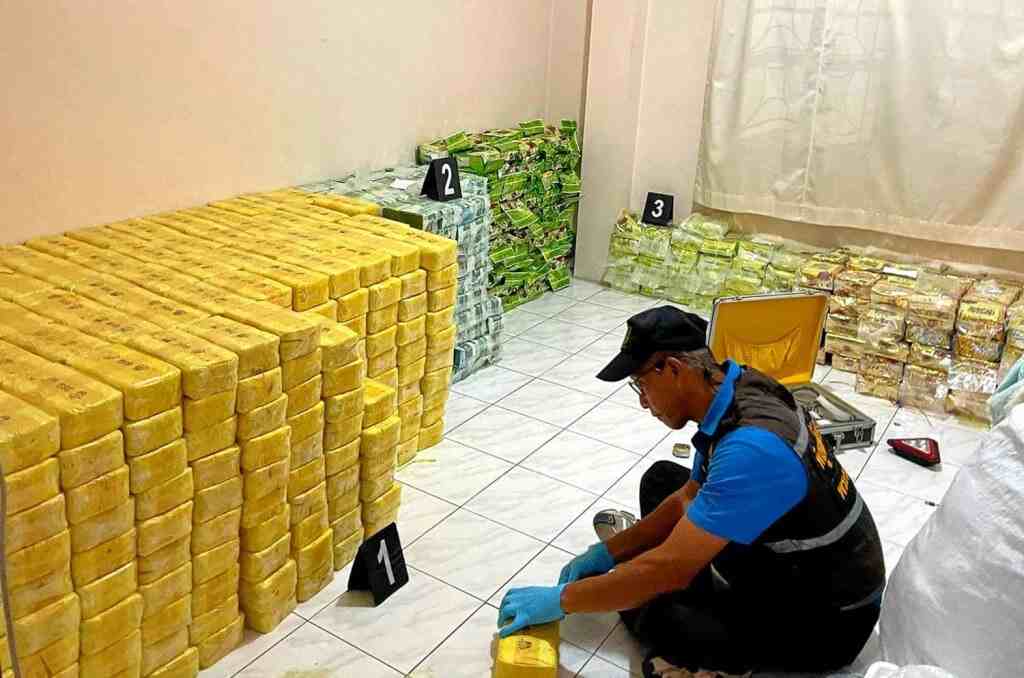 Narcotics Suppression police have arrested 7 members of a drug syndicate and seized 7 million meth pills, 300kg of crystal meth and 184kg of ketamine. The drug bust took place at a raid on a house in central Thailand’s Ayutthaya.

According to a police spokesperson the seizure of the large cache of drugs followed the arrests of three drug suspects in Bangkok. They were caught with 40,000 meth pills. The the suspects rolled over on the sellers and police officers seized 1 million more speed pills from the drug gang.

Under interrogation one of the drug gang members revealed drug gang had kept large quantities of illegal drugs at a house in Bang Pa-in district of Ayutthaya.

The suspect said the gang rented houses in several areas to store their narcotics. He also said that they used pickup trucks loaded with agricultural crops, particularly corn and hide the drugs underneath.

In other news, last week a mother of two was arrested by police with more than 4 million methamphetamine pills in Nakhon Phanom province in northeastern Thailand. The woman said she took up drug smuggling to feed her family.

The woman told police that she couldn’t make ends meet during the Covid-19 pandemic and decided to deliver drugs to earn income to feed her family. She said she made the first delivery last month and got paid 200,000 baht.

Recently she was approached by a member of a drug gang who offered her 400,000 baht to pick up 4.6 million meth pills smuggled from Laos, said Police said.

Authorities plan to extend the investigation to arrest other people involved.