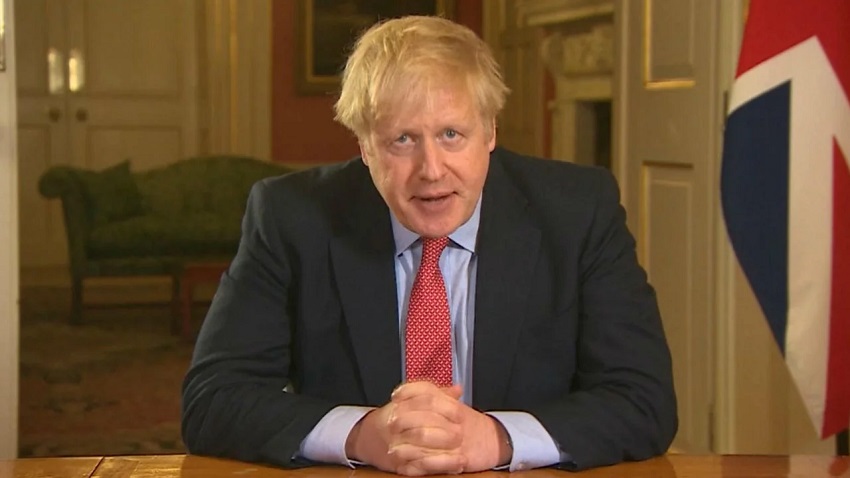 British Prime Minister Boris Johnson has been discharged from London’s St. Thomas Hospital after recovering from the Covid-19 Coronavirus. Johnson expressed his gratitude to the staff of the National Health Service for saving his life. On Sunday became the fourth European country to surpass 10,000 virus-related deaths.

Dressed in a suit, and looking and sounding relatively assured, Johnson said in a video posted on Twitter after his discharge from St. Thomas’ Hospital in London that it was “hard to find the words” to express his debt of gratitude to the NHS for saving his life “no question.”

He also listed a number of the frontline staff members who cared for him during his week-long stay at St. Thomas’ Hospital in London. He also singled out two nurses who stood by his bedside for 48 hours “when things could have gone either way.”

“The reason in the end my body did start to get enough oxygen was because for every second of the night they were watching and they were thinking and they were caring and making the interventions I needed,” Johnson said.

After his release from the hospital, Johnson made his way to Chequers. The prime minister’s country retreat northwest of London. Furthermore on the advice of his medical team won’t be returning to work immediately, his office said in statement.

It’s unclear what involvement Johnson will have in this week’s anticipated extension to the nationwide lockdown. Johnson announced on March 23 in response to the Covid-19 virus that is also plaguing the United Kingdom.

The prime minister also thanked the British people for the sacrifices they are making to get on top of the pandemic.

“I want you to know that this Easter Sunday I do believe that your efforts are worth it, and are daily proving their worth,” Johnson said.

“Because although we mourn every day those who are taken from us in such numbers, and though the struggle is by no means over, we are now making progress in this incredible national battle against coronavirus.”