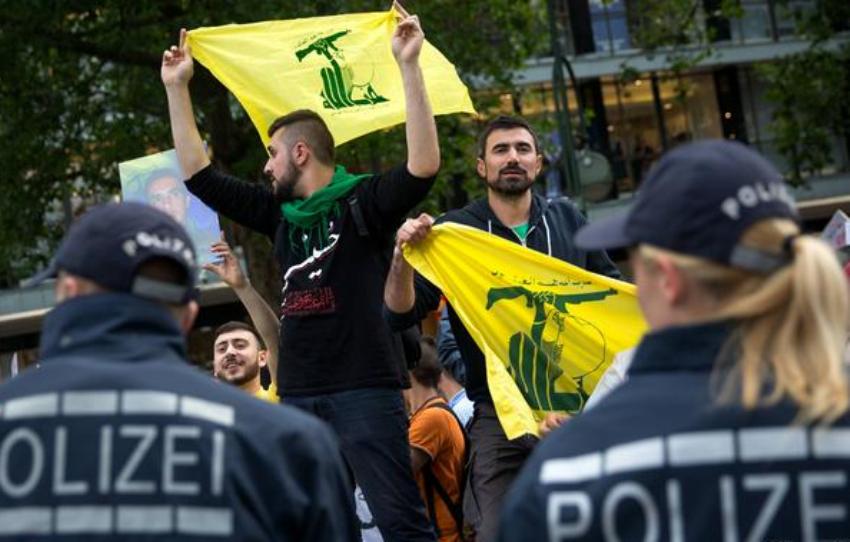 Germany has designated Hezbollah a terrorist organization and banned its activity on German soil. Police conducted raids on four associations linked to the Islamist group.

He also confirmed that “police measures are underway in several federal states concurrently.” Saying that even in times of crisis, the “rule of law is able to act.”

The police raids were focused on four mosque associations in Berlin, Dortmund, Bremen and Münster. The four mosques are accused of belonging to Hezbollah.

Hezbollah is a Lebanese Shiite organization consisting of a political and a militant branch. It receives significant backing from Iran and has fought alongside the troops of Syrian President Bashar Assad.

Germany had previously distinguished between the group’s political and militant arms. But on Thursday the country classified the group in its entirety as a terrorist organization.

“The organization is therefore fundamentally against the concept of international understanding. Regardless of whether it presents itself as a political, social or military structure.”

What does the Hezbollah ban mean The ban essentially criminalizes public expression of support for Hezbollah within Germany. Even more followers can no longer display the flag of the Lebanese militia. A green rifle on a yellow background.

Additionally, the total ban has effectively made it easier for authorities to take action against the group. Which in turn makes it more difficult for Hezbollah to conduct transnational activities using Germany as a transit point.

The American Jewish Committee (AJC) praised Germany’s move to ban Hezbollah. Calling it a “welcome, much-anticipated and significant German decision” in a statement.

“We now hope other European nations will take a close look at Germany’s decision and reach the same conclusion about the true nature of Hezbollah,” wrote AJC CEO David Harris. “Permitting its [Hezbollah’s] ‘political’ wing to operate on European soil allows for active recruitment, fundraising, and the poisonous spread of anti-Semitism,” the statement read.

Israel’s Minister of Foreign Affairs, Israel Katz, issued similar praise for the decision. “In my conversations with [German Foreign Minister] Heiko Maas, he promised to help and I thank him,” Katz tweeted. “Hezbollah is a terrorist organization & must be treated as such.”

Furthermore in Germany, we have to exhaust the rule of law to tackle Hezbollah’s criminal and terrorist activities.”