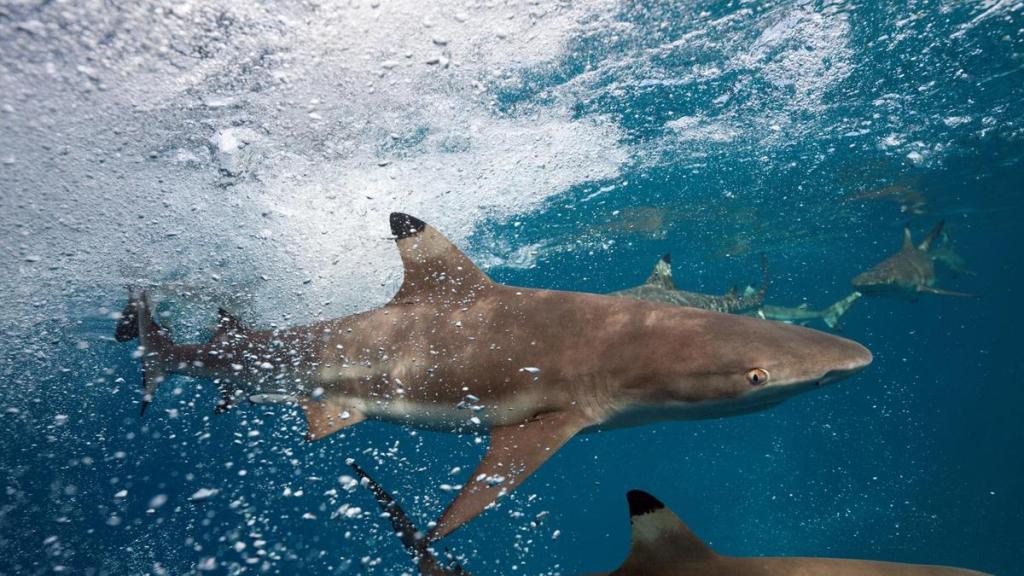 Thailand’s Ministry of Natural Resources and Environment is planning to list blacktip reef sharks as a protected marine species, after a TikTok clip of five men using a firearm to kill the sharks in Krabi came to light on Monday.

The incident took place outside of the protected environmental zone, about 96 kilometres from Hat Noppharat Thara–Mu Koh Phi Phi National Park. The video clip showed a group of five men shooting at three blacktip reef sharks and two trevallies, before hauling them aboard a speedboat named Ding Lor Zing.

Even though the sharks were not yet listed as a protected species, Natural Resources and Environment Minister Varawut Silpa-archa slammed the group’s behaviour, calling it an act of gratuitous violence.

“I’ve already instructed Jatuporn Burutphat, permanent secretary for environment, to work with all relevant agencies to review our policies to better protect our marine resources. Agencies in the areas have also been instructed to beef up surveillance and better educate local residents,” Mr Varawut said.

Sopon Thongdee, director-general of the Department of Marine and Coastal Resources, said the department will be reviewing its list of protected animals and will register blacktip reef sharks as protected marine species.

“These sharks pose no threat to humans,” he said.

He has instructed Marine and Coastal Resources Office 10 to file a complaint with Krabi police against the men featured in the video for using a boat without permission, which is punishable by a 10,000-baht fine.

Scientists estimate that up to 100 million sharks are killed every year. Over the past few decades, numbers of some species are believed to have declined by more than 90 per cent, with declines of 70 per cent not uncommon.

Sharks generally only reach maturity after many years and produce few young, compared to other fish. One reason for the sharp decline in populations has been the capture of young sharks before they reach maturity.

Within Southeast Asia’s waters, an additional problem has been the practice of catching them and then, while they are alive, cutting off their fins for export to Asian countries, where shark fins are popularly eaten. The shark is then dumped back in the water, where, unable to survive without its fins, it quickly dies or is eaten by other predators.