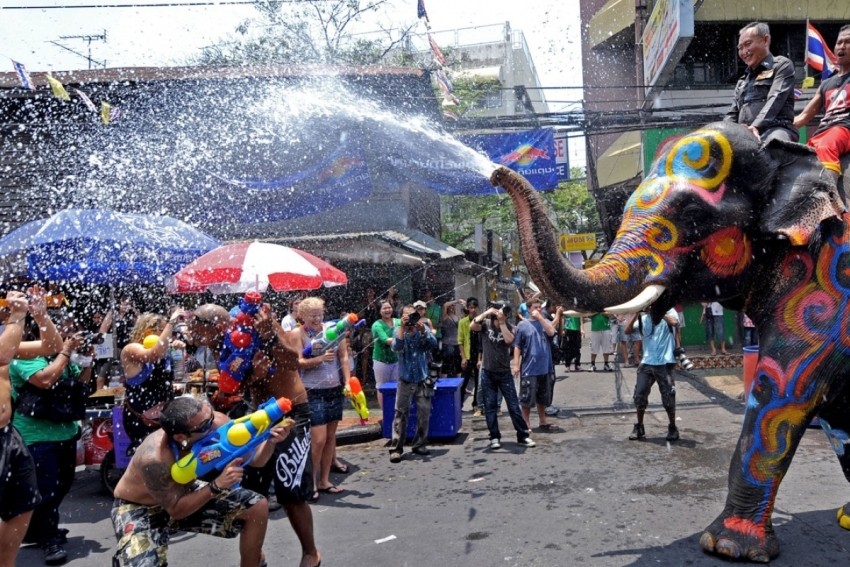 Such a large gathering and splashing of water could expose holidaymakers to the coronavirus, he said .


It is the second year running the iconic Khao San Songkran water fight celebration have been cancelled. The activities were called off last year to prepare for His Majesty the King’s coronation.

The Songkran water party on Khao San Road has been a feature of the festival for more than four decades. With tens of thousands people in splashing water and other activities.

Neighboring communities have also agreed to cancel the religious and other related water activities. including the Songkran beauty contest, during the Thai New Year celebrations, he said.

The Bangkok Metropolitan Administration will also decide this week whether other Songkran events in the capital will be cancelled.

Famous Songkran water parties in Pattaya, Bang Saen, Khon Kaen and Patong beach in Phuket have already  been cancelled.  Above all over the fear of spreading the coronavirus.

Patong Municipality in Phuket has cancelled its Songkran boy is water wet party, and Phuket Bike Week.  Both planned on Patong beach from April 11-18 in conjunction with Songkran.

In northern Thailand the Mayor of Chiang Mai, announced that Songkran hasn’t been cancelled. However the municipality is keeping a very close eye on the situation. If it becomes clear that Songkran will become a public hazard, then they will indeed shut it down.

Meanwhile, Tourism Authority of Thailand (TAT) governor Yutthasak Supasorn said they have not decided whether to cancel Songkran celebrations. Above all because it needs to further assess the Covid-19 situation.

“The TAT and the Ministry of Sports and Tourism are capable of organizing Songkran celebrations. But may have to limit them to cultural events only,” said Yutthasak.