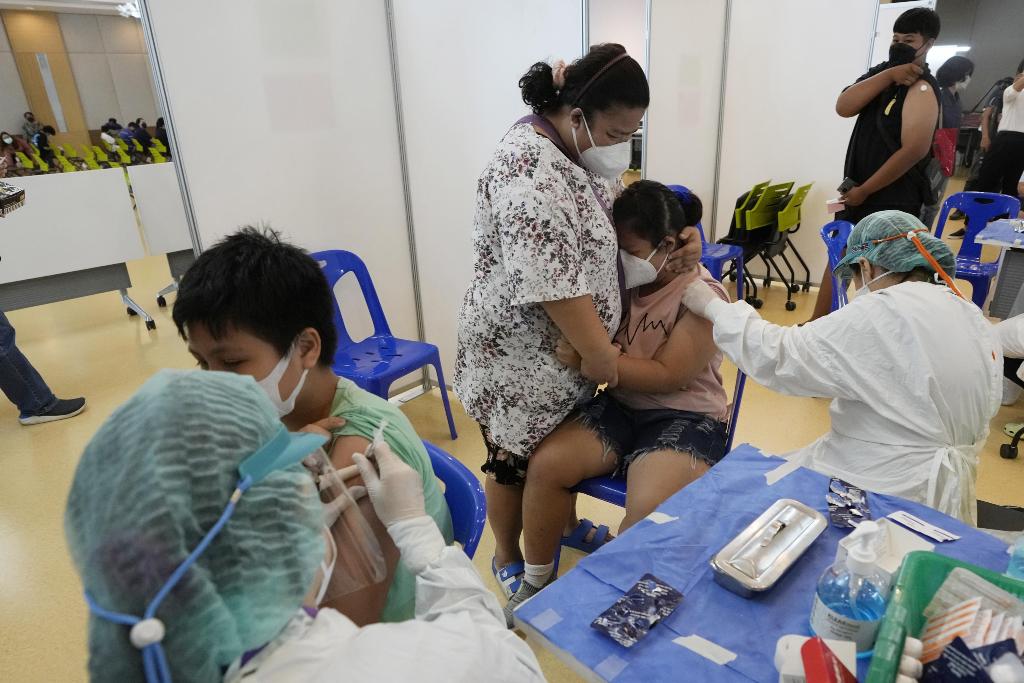 A government spokesperson said on Saturday that doses of the Pfizer-BioNTech Covid-19 vaccine have been prepared for children aged five to eleven.

According to the Public Health Ministry, a vaccination drive for children ages five to 11 will begin next month. The Pfizer vaccinations are entirely voluntary for the children and their parents. Furthermore, the Education Ministry is taking a voluntary survey to gauge the demand, the spokesperson said.

The vaccinations will take place in schools and hospitals. Children older than 12 who have not been vaccinated can get the vaccine at any hospital or clinic notified by the provincial communicable disease committees or the Bangkok Communicable Disease Committee.

According to the spokesperson, last year the government targeted vaccinating 50 million of 70 million people, or 70% of the total population. As of Dec. 31, it had administrated 104.4 million doses and acquired 130.6 million doses.

Approximately 120 million doses are being acquired this year, including doses for children and booster shots.

Hospitals run by the Ministry of Public Health are working with medical schools and private hospitals to prepare beds, medicines, and equipment for pediatric patients as a response to a surge in Covid-19 cases.

Meanwhile, In the final analysis of its new Covid-19 treatment, Pfizer says there have been highly promising results of its Paxlovid covid-19 pills.

In high-risk patients, the antiviral pill, which if approved will be sold as Paxlovid, has been shown to prevent hospitalizations and deaths by nearly 90%.

In addition, recent data suggests that the pill continues to be effective against the highly contagious Omicron variant.

Reuters reported last month that Pfizer confirmed the pill was around 89% effective at preventing hospitalization and death. These results come from trials involving approximately 1,200 participants, some of whom received a placebo.