Thailand's Cabinet Approve in Principle that People Can Grow Marijuana

Colombia's Juank Cortavarría Motivates and Inspires People of all Ages 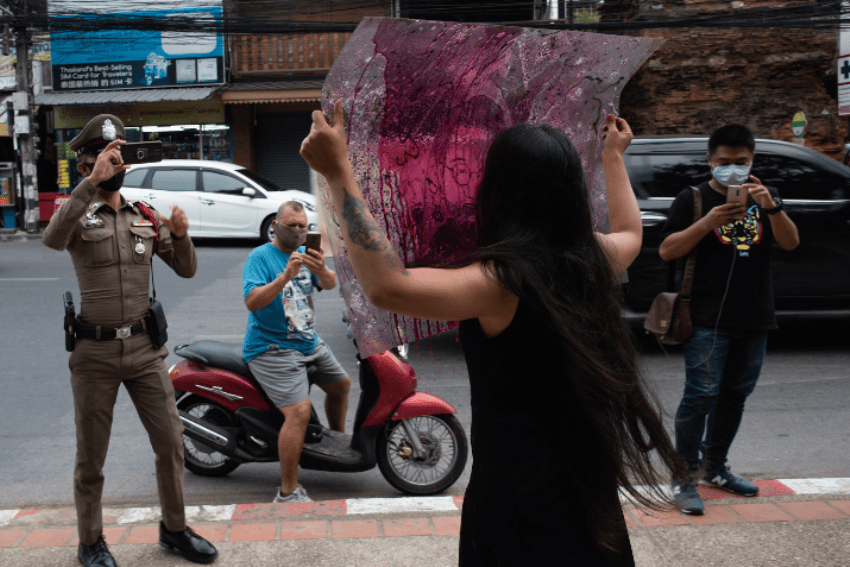 As the sun began setting in Chiang Mai on Monday July 27, 2020, performance artists from Freedom of Speech artists took to the streets. At each corner and junction of the old city’s moat, artists could be found waiting to perform. And, just as 5PM arrived, each artist began performing unique protests.

The freedom of speech artists used their bodies, costumes, props and words to express themselves as locals and foreigners alike watched in awe at their guerilla-style artform.

Many of these Thai performance artists are Chiang Mai University students/alumni and they have organized a new local alliance. They call themselves The CMPF or The Chiang Mai Performance Art Group. The group name comes from the member’s passion and love toward performance art: or art created through one’s actions.

There were 3 CMPF members and 15 Lanyim Theater members each member showcased their unique view on the theme: ‘freedom of speech: The name of this performance is titled “HOPE/BREATHE/DIE”. Each member expressed their interpretation of how they see freedom of speech in the modern world.

These incredible freedom of speech performances lasted for 2 hours and artists not affiliated with The CMPF were also invited to perform, as well. Even more tThe acts ranged from situational acting, to sewing words such as ‘democracy’ into fabric and walking blindly while singing.

The members of The CMPF were all very excited at the outcome of the event. One Chaing Mai local artist Boat Sutasinee Kansomdee said, “We want freedom of expression and to not be afraid.”

The CMPF will host new artistic demonstrations soon. Plans are already in the works for more public expressions on contemporary topics. The members are optimistic about the future of performance art as well as freedom of speech in The Kingdom of Thailand.

Colombia’s Juank Cortavarría Motivates and Inspires People of all Ages