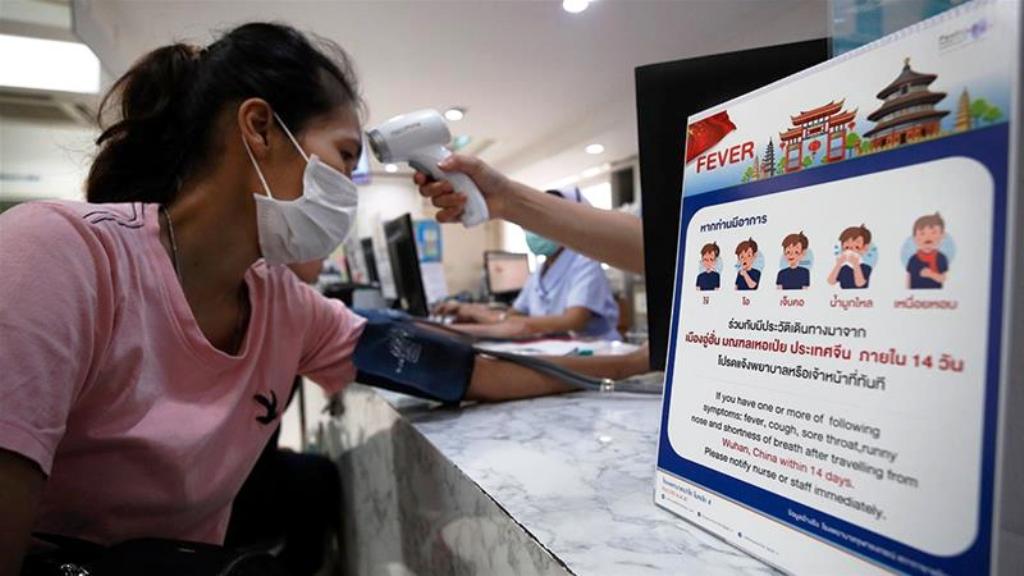 The Ministry of Public Health is taking high-level measures to monitor and prevent the spread of a new coronavirus in Thailand. The measures come after China’s public health authority confirmed the virus can spread from human contact.

Public Health’s permanent secretary Sukhum Kanchanapimai said China’s has completely locked down Wuhan and Huanggang. Wuhan has a population of 11 million people and is the epicentre of the new coronavirus outbreak.

According to Reuters, Wuhan’s local government shut down all urban transport networks. It also suspended outgoing flights from the city as of 10am local time on Thursday. The Chinese government has told citizens not to leave the city unless for special circumstances.

Asked if the WHO will declare the outbreak a global emergency, Dr Sukhum said he was monitoring the move. Also saying that such a declaration would also bene­fit Thailand.

However, although China has locked down Wuhan and Huanggang, it is still necessary to monitor travellers who had already come from the city, Dr Sukhum said.

So far, Thailand has confirmed four cases of the New coronavirus which has so far claimed 17 lives.

One of the patients with the virus is a 73-year-old Thai woman who is now being treated at a hospital in Nakhon Pathom.

These viruses are transmitted between animals and people. SARS, for instance, was believed to have been transmitted from civet cats to humans while MERS travelled from a type of camel to humans.

Several known coronaviruses are circulating in animals that have not yet infected humans.

A novel coronavirus, identified by Chinese authorities on January 7 and currently named 2019-nCoV, is a new strain that had not been previously identified in humans.

Little is known about it, although human-to-human transmission has been confirmed.

What are the symptoms?

According to the WHO, signs of infection include respiratory symptoms, fever, cough, shortness of breath and breathing difficulties.

In more severe cases, it can lead to pneumonia, severe acute respiratory syndrome, kidney failure and even death.

How deadly is the new coronavirus

Some experts say it may not be as deadly as other types of coronavirus such as SARS, which killed nearly 800 people worldwide during a 2002-2003 outbreak that also originated from China.

MERS, which did not spread as widely, was more deadly, killing a third of those it infected.

Where have cases been reported?

Mostly in China. Chinese officials said at least 17 people have died, all in Hubei Province, of which Wuhan is the capital. That is also where most of the 571 reported cases are.

Beyond China, Thailand has reported four cases, while South Korea, Taiwan, Japan and the United States have each confirmed one.

All the cases involve people who had either come from Wuhan or been there recently.

What is being done to stop it spreading?

Chinese authorities effectively sealed off Wuhan on Thursday, suspending flights and trains out of the city and telling residents they could not leave without a special reason, state media said.

The move, effective at 10am (02:00 GMT), is meant to “resolutely contain the momentum of the epidemic spreading” and protect lives, the central city’s special command centre against the virus said, according to state broadcaster CCTV.

Chinese authorities have stepped up monitoring and disinfection efforts ahead of the Lunar New Year break. Which formally starts on Friday and is when many Chinese people will travel.

In Europe, the United Kingdom and Italy have said they will introduce enhanced monitoring of flights from Wuhan, while Romania and Russia are also strengthening checks. Some airports in the United States have also begun checks.

Where did the new coronavirus originate?

Chinese health authorities are still trying to determine the origin of the coronavirus. They say it came from a seafood market in Wuhan where wildlife was also traded illegally. The WHO also says an animal source appears most likely to be the primary source of the outbreak.

There is evidence of respiratory transmission of the virus from patient to patient and Chinese authorities have also said 15 medical staff in the country have been infected.

Experts particularly worry when health workers get sick during new outbreaks because this can suggest the disease is becoming more transmissible and because spread in hospitals can often amplify the epidemic.

Is the new coronavirus global emergency?

The outbreak does not yet constitute a global emergency, the WHO said on Thursday. Urging China to keep its lock-down of some 20 million people “short”.

WHO chief Tedros Adhanom Ghebreyesus told reporters that the decision to hold off on issuing the declaration. Which is used for the gravest of epidemics, and this should not be taken as a sign that the body does not think the situation is serious.

“This is an emergency in China, but it has not yet become a global health emergency,” he told reporters.