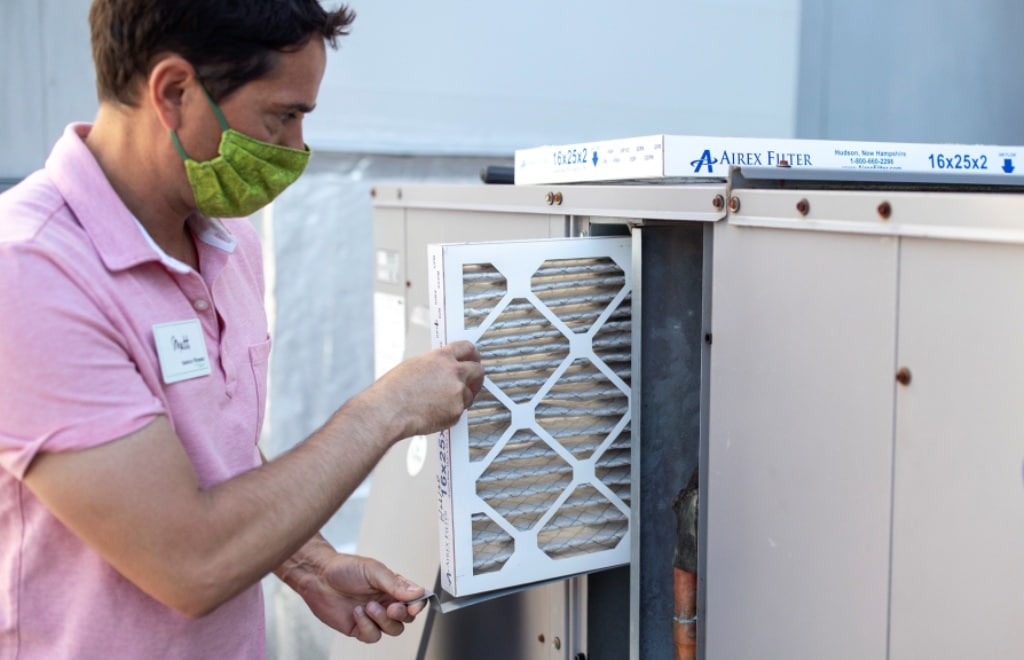 Authorities have come to accept what many researchers have argued for over a year: The coronavirus can spread through the air. A new report shows concrete implications that ventilation systems can spread the virus.

Scientists are now calling for ventilation systems to be overhauled to prevent the spreading of the covid-19 coronavirus that started in Wuhan China in late 2019.

Cleaner indoor air won’t just fight the pandemic, it will minimize the risk of catching flu and other respiratory infections that cost the U.S. more than $50 billion a year. Researchers said in a study in the journal Science on Friday said avoiding these germs and their associated sickness and productivity losses would, therefore, offset the cost of upgrading ventilation and filtration in buildings.

“We are used to the fact that we have clean water coming from our taps,” said Lidia Morawska, a distinguished professor in the school of earth and atmospheric sciences at the Queensland University of Technology in Brisbane, Australia, who led the study. Likewise, “we should expect clean, pollutant- and pathogen-free air” from indoor spaces, she said over Zoom.

The study’s authors, comprising 39 scientists from 14 countries, are demanding universal recognition that infections can be prevented by improving indoor ventilation systems. They want the WHO to extend its indoor air quality guidelines to cover airborne pathogens, and for building ventilation standards to include higher airflow, filtration and disinfection rates, and monitors that enable the public to gauge the quality of the air they’re breathing.

A “paradigm shift is needed on the scale that occurred when Chadwick’s Sanitary Report in 1842 led the British government to encourage cities to organize clean water supplies and centralized sewage systems,” they wrote.

“No one takes responsibility for the air,” Morawska said. “It’s kind of accepted that the air could be of whatever quality — containing viruses and pathogens.”

SARS-CoV-2 multiplies in the respiratory tract, enabling it to spread in particles of varying sizes emitted from an infected person’s nose and throat during breathing, speaking, singing, coughing and sneezing.

The biggest particles, including visible spatters of spittle, fall fast, settling on the ground or nearby surfaces, whereas the tiniest — aerosols invisible to the naked eye — can be carried farther and stay aloft longer, depending on humidity, temperature and airflow.

Particles can linger for hours indoors

It’s these aerosol particles, which can linger for hours and travel indoors, that have have stoked controversy.

Although airborne infections, like tuberculosis, measles and chickenpox are harder to trace than pathogens transmitted in tainted food and water, research over the past 16 months supports the role aerosols play in spreading the pandemic virus.

That’s led to official recommendations for public mask-wearing and other infection-control strategies. But, even those came after aerosol scientists lobbied for more-stringent measures to minimize risk.

WHO guidance has been amended at least twice since, though the Geneva-based organization maintains that the coronavirus spreads “mainly between people who are in close contact with each other, typically within 1 meter,” or about 3 feet.

Morawska, who heads a WHO collaborating center on air quality and health, says that’s an oversimplification.

“There’s nothing magic about this 1 meter,” Morawska said. The closer to an infected person, the higher the concentration of infectious particles and the shorter the exposure time needed for infection to occur. “As you are moving away, the concentration decreases,” she said.

Although a high density of people in such settings increases the number of people potentially exposed to an airborne infection, enclosed indoor areas that aren’t crowded may also be hazardous — a distinction Morawska says the WHO should make clearer.

“The WHO, step by step, is modifying the language,” she said.

Morawska, a Polish-born physicist who was previously a fellow of the International Atomic Energy Agency, can take credit for the WHO’s changing stance, said Raina MacIntyre, professor of global biosecurity at the University of New South Wales in Sydney.

“Professor Morawska’s contribution, on the background of world-leading expertise in aerosol science, made a real impact by forcing WHO’s hand,” MacIntyre said in an email.

The role of airborne transmission “has been denied for so long, partly because expert groups that advise government have not included engineers, aerosol scientists, occupational hygienists and multidisciplinary environmental health experts,” MacIntyre wrote in The Conversation last week.

“A false narrative dominated public discussion for over a year,” she said. “This resulted in hygiene theater — scrubbing of hands and surfaces for little gain — while the pandemic wreaked mass destruction on the world.”

Some people working in infection prevention and control and related fields have stuck rigidly to beliefs that minimized aerosol transmission, despite evidence challenging their views because “they do not want to lose face,” said Julian Tang, a clinical virologist and honorary associate professor in the department of respiratory sciences at England’s University of Leicester.

“We all have to adapt and progress as new data become available,” Tang said. That’s especially true in public health, where official policies and guidance based on “outdated and unsupported thinking and attitudes can cost lives,” he said.

Morawska said she hopes the attention that the pandemic has drawn to face masks and the risks associated with inhaling someone else’s exhaled breath will be a catalyst for cleaner indoor air.

“If we don’t do the things we are saying now, next time a pandemic comes, especially one caused by a respiratory pathogen, it will be the same,” she said.

Bangkok Aims for Herd Immunity by Vaccinating 50,000 People Per Day