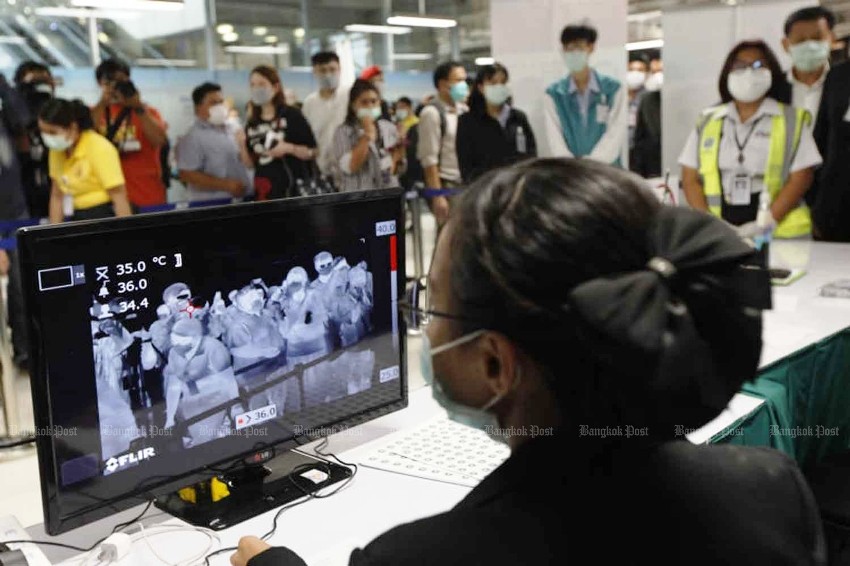 The DCD’s Director-General, Dr. Suwanchai Wattanayingcharoenchai, said today (Tuesday) that the Point of Care RT-PCR laboratory, which was put into service on July 1st to conduct tests on foreign arrivals, such as diplomats, official guests, businessmen on short-term visits and those suspected to be infected, is capable testing 170 people a day.

By July 16th, 46 arrivals had been tested, including the daughter of a Sudanese diplomat, who returned a positive result for COVID-19.

Suvarnabhumi international airport has capped the number of daily arrivals, of both Thai and foreign nationals.At 600 and 200 respectively Thai PBS reports.

Meanwhile, city officials have stepped up field inspections of pubs, bars and karaoke bars in Bangkok, to make sure that they are strictly abiding by the required safety measures, such as limiting the number of customers and maintaining social distancing.

General Natthapon Srisawat, special advisor of the Royal Thai Army, told the media today that the 151 troops, who underwent joint training with US troops in Hawaii from 1st to 21st July, are scheduled to fly back to Thailand tomorrow, on a flight chartered from Thai Airways International.

He said that the troops were placed under tight health control, which forbids them from leaving the training camp without prior permission, and all of them were in quarantine for 14 days and subjected to two COVID-19 swab tests prior to their return to Thailand.

Upon arrival at U-tapao airport, they will all be transported to Ambassador City Jomtien Pattaya Hotel for state run quarantine for 14 days, he added.

During quarantine, they will be tested another two times, by disease control teams, and be monitored closely by health officials. Visits by relatives will not be permitted and the troops will not be allowed to leave their rooms.

Rich Collection of Spices – Are they Good or Bad for Your Health?